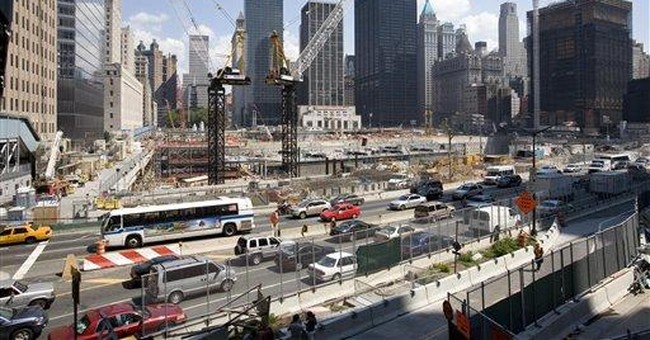 Both tragedies were tough lessons in strategic surprise, and both were the result of grievous intelligence failures.

The warning is obvious only in hindsight, but in his January 2001 Senate confirmation hearings Donald Rumsfeld recognized the problem. When asked if he would name "one thing" that "kept him up at night" more than any other specific threat or trouble the Pentagon confronts, Rumsfeld answered, "Intelligence."

In a column of mine published on Jan. 23, 2001, I wrote that "Rumsfeld's response fingered what is the major American foreign policy and defense weakness, even in this era of extraordinary American economic, political and military strength. Faulty and inadequate intelligence is not merely a source of current SecDef sleep deprivation, it has loomed large in real world nightmares, from Pearl Harbor to Korea to Vietnam to the USS Cole disaster."

The sixth anniversary of 9/11 is an appropriate moment to reflect on the vexingly complex problem of surprise, and particularly strategic surprise. The problem has no solution, at least no perfect solution. Unless you know the future, surprise is inevitable.

Limiting the more devastating effects of surprise is the elegant trick that defines the best-prepared. I think the insurance industry uses the term "lowering the risk premium." That means limiting the number of lives lost, the property damage and the costs of assuring security.

Last month, the CIA inspector general's office released its assessment of the CIA's pre-9/11 efforts. The report was damning. The CIA had sources, leads and facts, but it lacked imagination -- the dynamic imagination to foresee al-Qaida's planned attack.

Intelligence is an art -- a grand, interpretive collusion of linguistics, geography, mathematics, history, theology, psychology, physics, metaphysics and every other human means of analysis and explanation. Former CIA Director James Schlesinger nailed it in October 2003 when he said: "But major organizational change (of U.S. intelligence agencies) is not the salvation. I would submit the real challenge lies in recruiting, fostering, training and motivating people with insight."

Insight. If that sounds artsy, well, it is.

Predicting the future is more artsy foolishness, but it is absolutely necessary foolishness. Businesses operate on business plans, which are a sketch of the future. A government budget is based on anticipated needs -- in other words, a vision of the future.

So-called "future studies" try to analyze trends and from those analyses anticipate crises. Intelligence, diplomatic, financial and security capabilities, if timely applied, may resolve or mitigate the problems. These kind of studies are useful only at the "large-scale," however. Stopping any single terrorist strike is another matter. Only gumshoe detective work, steady, tedious monitoring of terrorist suspects and the political will to either arrest or kill terrorists before they strike will stop a particular attack -- maybe.

What else makes a difference?

I recently received two letters from soldiers I served with in Iraq. One veteran regretted what he called America's failure to educate its citizens regarding "the task at hand." He meant the War on Terror, which he actually saw as more of a long-term struggle. However, he was also addressing another strategic weakness: our failure to educate citizens about the nature of violent, premeditated threat. Extreme civil libertarians bemoan the "police state." However, an "aware state" isn't a police state. What constitutes an aware state? One where individual citizens know their own liberty and safety requires community action.

The other soldier told me we must "expect surprise."

"Banks expect to be robbed," he wrote, "but have measures in place to minimize the damage when their defenses fail."

Has your community run a disaster response exercise, with a terrorist assault as one of the scenarios? Exercises encourage awareness and increase confidence -- both help psychologically prepare a community.

Preparation for terrible surprise isn't lunatic -- it is enlightened.

One Brand of Voter Once Thought Extinct Is Reportedly Making a Comeback
Townhall
Tweeter risks wrath of some of America's most privileged lib journos in order to expose their efforts to hide their backgrounds from the public
Twitchy
SCOTUS Is Inclined to Approve Alabama’s ‘Race Neutral’ Maps as Justice Brown Jackson Applies the 1619 Project to the Fourteenth Amendment
Redstate
5 Years After Las Vegas Concert Shooting, an FBI Whistleblower Reveals Probable Motive
PJ Media