The Self Esteem Myth 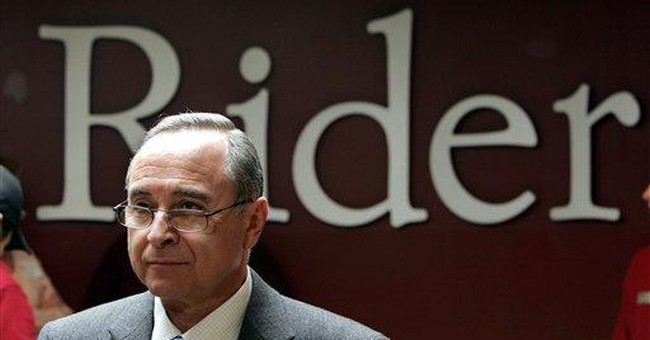 Once upon a time – a time you probably don’t remember if you’re younger than 30 – American schools sought to teach children self-control, personal responsibility, and respect for others, especially adults. Students were corrected when they made mistakes and reprimanded when they slacked off or talked back. Most unfathomable to the current education establishment, teachers assessed students on qualities such as “gets along well with others” – and some children actually flunked. In the eyes of schoolteachers and parents, shaping kids into productive and responsible citizens was more important than protecting their egos.

Then, sometime in the 1970s, schools began to embrace the peculiar notion that kids should never be criticized or feel self-doubt. The “self-esteem” movement was born – and ushered in a generation of kids who think they can do no wrong.

In her new book, “Generation Me: Why Today’s Young Americans Are More Confident, Assertive, Entitled – And More Miserable than Ever Before,” Dr. Jean Twenge documents the spectacular failure of the self-esteem movement, from its birth in the 1970s to the present. Despite enthusiastic predictions to the contrary, raising kids’ self-esteem does not make them more successful or productive. It does, however, train them to always feel good about themselves, even when they do bad things.

Twenge makes clear the difference between self-esteem and self-respect. Self-respect – a value taught to older generations – is achieved gradually, by behaving morally and accomplishing things. Self-esteem is an entitlement. As Twenge explains, “most [self-esteem] programs encourage children to feel good about themselves for no particular reason.”

Is that really such a bad thing? According to Twenge, who spent years researching the subject, the answer is yes. Numerous studies show basically no relationship between high self-esteem and academic achievement, strong work ethic, or harmonious relationships with others.

In fact, Twenge’s research suggests that the self-esteem movement has wreaked havoc on schools. Instead of teaching children to learn from their mistakes, “There has been a movement against ‘criticizing’ children too much…One popular method tells teachers not to correct students’ spelling or grammar, arguing that kids should be ‘independent spellers’ so they can be treated as ‘individuals.’”

Elementary school students spend hours creating “All About Me” projects and reading books titled “Everyone Is Special,” but less time learning basic skills. Unsurprisingly, Twenge notes, “American children scored very highly when asked how good they were at math. Of course, their actual math performance is merely mediocre, with other countries’ youth routinely outranking American children.”

Grade inflation is appallingly high, as schools pass out good grades in order to avoid bruised egos. As Twenge reports, “In 2004, 48 percent of American college freshmen – almost half – reported earning an A average in high school, compared to only 18 percent in 1968, even though SAT scores decreased over the same period.” Students often demand good grades for substandard work, and their parents act as reinforcements: “Teachers described parents who specified that their children were not to be corrected or ‘emotionally upset,’ who argued incessantly about grades, and even one father who…challenged a teacher to a fistfight.”

Of course, children have no motivation to work harder when their schools outlaw competition and celebrate mediocrity. Many schools now refuse to publish the honor roll, since it might hurt the self-esteem of students who didn’t make the grade. According to the touchy-feely pop psychology of the current education establishment, recognizing high achievers is unnecessary and cruel. Twenge offers an example: “11-year-old Kayla was invited to the math class pizza party, even though she managed only a barely passing 71. The pizza parties used to be only for children who made A’s, but in recent years the school has invited every child who simply passed.”

While the self-esteem movement hasn’t made children any smarter, it has made them more self-centered, manipulative, and indulgent. Cheating in schools is on the rise, with 74 percent of high school students admitting to cheating in 2002. The link to the self-esteem movement is clear: if everyone deserves to feel good regardless of how they behave, why should a student feel bad about stealing a copy of the final exam? It doesn’t mean he’s a bad person. The self-esteem movement has indeed had enormous effects on children born since the 1970s – and almost none of them are good. The California Task Force to Promote Self-Esteem and Personal and Social Responsibility spent a quarter-billion dollars trying to raise Californians’ self-esteem, only to find that it had no effect on teen pregnancy, juvenile delinquency, drug abuse, or chronic welfare dependency. On the other hand, people with high self-esteem tend to be unwilling to take responsibility for their own failures and bad behavior.

There is one personality trait that is definitely linked to achievement, and that is self-control. Although “discipline” and “obedience” have become dirty words in the education establishment, people with high levels of self-control are the most likely to succeed. They earn higher grades and finish more years of education, and they’re less likely to abuse drugs or have children out of wedlock. As Twenge says, “Self-control predicts all of those things researchers had hoped self-esteem would, but hasn’t.”

This short column cannot do justice to Twenge’s meticulously researched and revealing book. However, it’s a must-read for parents and teachers who hope to unravel the myth of self-esteem.