Danger in the Defense Budget 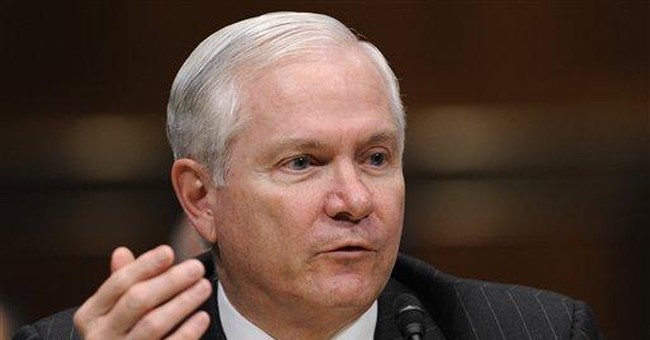 In December 2004, a little over a year after the launch of major combat operations in Iraq, then-Secretary of Defense Donald H. Rumsfeld gave a speech to troops in Kuwait and a line that stays with me to this day:

Way back in 1991 when I went to war with the 1st Infantry Division (The Big Red One), the Army that surrounded me as we launched our attack into Iraq was huge. The legions were spread from the Persian Gulf in the east to the Jordanian border in the west as the largest mechanized force since World War II assembled for battle.

The list of Army divisions involved in Operation Desert Storm read like a who’s who of American combat muscle—1st Infantry, 1st and 3rd Armored, 1st Cavalry, 24th Infantry, 101st Airborne, 82nd Airborne, 2nd Armored, and two Marine divisions. The joint force assembled numbered over 500,000 men and women from the Army, Marines, Navy and Air Force. Some would say the force was too large. In hindsight, perhaps it was. But the fact is that the ground war was over in four days!

The joint force with which America went to war in Afghanistan and in Operation Iraqi Freedom in 2003 was much smaller, and the primary reason is seldom discussed. The Army we had, the joint force we had, to paraphrase Sec. Rumsfeld, was the product of a 40% cut during the 1990s by the Clinton Administration. The number of active Army divisions went from a pre-Desert Storm total of 18 down to 10, and its end strength from 750,000 to under 500,000. The other services underwent similar reductions, with the Air Force losing squadrons of combat aircraft and the Navy losing ships, especially aircraft carriers.

The reasons for the reductions of the 1990s surely seemed reasonable at the time. The Soviet Union had disappeared, an aggressor had been thrown out of Kuwait, and we were, after all, at “the end of history.” However, in ten short years, the situation changed with 9/11, and today even more threats loom on the horizon. Yet the force structure remains basically the same as when it was downsized, while the stresses on the men and women in all of our military services after six years of combat are enormous.

The military forces we had ready in 1990 were conceived and procured, at great expense, in the 1970s and early 1980s. The tanks, ships and aircraft were relatively new. During the post-Desert Storm downsizing, older equipment was retired. But unlike defense planners of the 1970s and 1980s, Clinton Administration planners allowed procurement of replacement weapons and equipment to slip below even what was needed to replace that which remained after the downsizing. In fact, President Clinton cut defense spending from 4.8%% of GDP in 1992 to 3% in 2000.

In 1997, writers of the National Defense University’s Strategic Assessment 1997 pointed out that “each military service needs a recapitalization funding surge in the first decade of the twenty first century.” In other words, right about now, we should be buying new weapons systems and equipment to replace that which is either old and worn out, or broken after six years of combat operations. Except we’re not; or at least not to the extent needed to ensure America can defend itself from future worst case threats.

Today, the damage the Clinton team did to defense in the 1990s is about to be compounded by a Defense budget being prepared by the Obama Administration. As recently reported in The Wall Street Journal, the Joints Chiefs of Staff requested $584 billion for 2010 and a floor of 4% of GDP. The White House puts the floor at $3.7%, for a total of $533 billion for 2010, falling in 2011 and then flat-lining for another five years.

Secretary of Defense Robert Gates recently outlined the Administration’s defense budget priorities and created even more cause for concern. The Air Force takes a major hit with the halt in production of the F-22 Raptor, a replacement for the 40-year old F-15 Eagle air superiority fighter, and a halt in production of C-17 transport planes that are a lifeline to remote war zones such as Afghanistan. The Army received a marginal increase in end-strength from the Bush Administration, but Sec. Gates now proposes canceling the Future Combat System ground vehicle, which is the only replacement on the drawing board for M1 Abrams tanks and M2 Bradley Infantry fighting vehicles, both designed in the 1970s.

Honorable people will disagree, but our concern should be that the military we will have when the next major threat is upon us may not, as a result of decisions made today, be fully prepared, and the cost in American lives and treasure could be great.

Katie Pavlich
Why is an Election Denier Fundraising Off of False Accusations His Opponent is One?
Rebecca Downs