Acknowledge the Black Community Is Committing Genocide on Itself 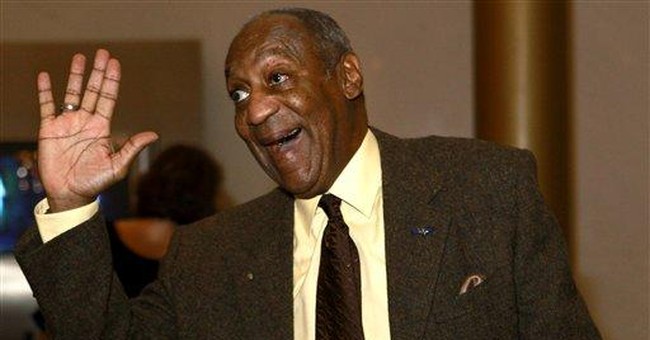 The growing level of violent crime in the black American community is abhorrent. A recent study by the New York Times reported that sixty-one percent of all homicides in New York City are perpetrated by black Americans. A firearm is used seventy percent of the time. Despite generally declining crime rates, gun violence in urban areas is skyrocketing. In an open letter to President Obama, New York State Senators Bill Perkins and Eric Adams put these numbers in perspective:

No statistic is more telling than the fact that during this period the number of homicides in our one city, thirty-four hundred and ten, nearly matches the exact number of American casualties, thirty-four hundred and sixty-three for the entire Iraq war during the exact time. Put another way, we have, within the confines of New York City, during this brief period, lost hundreds more people to homicide than were lost on September 11th. Multiply that fact to cities across America and you will see the potential scale of the epidemic.

And indeed, New York is fairly representative of the spike in gun violence that is besetting urban centers across the country. The numbers are frightening. A recent study published by Northeastern University reported that even as violent crimes are decreasing across the nation, the number of black youths involved in fatal shootings is skyrocketing.

According to statistics released by the Federal Bureau of Investigation, nearly 10 percent of black people arrested for murder in 2007 were under the age of 18. Black males between the ages of twenty and twenty-four years old constitute less than eight percent of the total population yet are responsible for nearly half the violent crime in this country.

This spike in homicides involving black male juveniles must be regarded as one of the greatest scourges facing the black community. As noted author and political science professor, James Clarke, observed, “as the 20th century comes to a close, more black males will be incarcerated in prison than go to college.”

If you track the spike in fatal violence amongst black juveniles over the past two decades, you see that it corresponds with a cycle of poverty, violence and eroding family structures that has frayed the traditional family unit in urban centers. Roughly speaking, the rise in the violent crime rate for Blacks may be attributed to three hard factors: a rise in the out-of-wedlock birthrate; an increase in domestic violence and; a corresponding increase in the poverty rate in urban centers. In subsequent chapters, I will discuss other soft factors, such as observed learning from television and other pop-culture mediums that indirectly lead to violence in the black community. But for now, I will focus on a cycle of despair that is fraying the fabric of the Black community.

The Cycle of Dispair

Children have to be taught right from wrong. They need to be taught restraint, and that violence is not an appropriate response to every perceived slight. Increasingly, though black children do not have parents at home to give them even this most basic guidance.

The out-of-wedlock birthrate among black Americans has increased nearly six fold over the last thirty-five years. Blacks are also less likely to be married than non-Hispanic whites. As the nuclear family goes boom, so do our communities—72 percent of adolescent murderers come from homes without fathers.

We need to start talking about the disintegration of the black family. I find this as frightening as anything that’s happened in our time. Seventy percent of black babies are born to unmarried parents. In effect, transient couplings have replaced the institution of marriage in black America. These “transient couples” are often children themselves and lack the means to provide material support for their family.

Not surprisingly then, the poverty rate among African Americans is 24.7% whereas the rate for Asians is 9.85, Hispanics 21.9 and non Hispanic whites 8.2%. On average, the per-capita income of whites is 69% higher than that of blacks. One third of America's poor are children. The poverty rate for Black women is more than twice that for non-Hispanic whites, for black children it is three times as high.[1] Worse, the Children's Defense Fund found that nearly 1 million black children live not in poverty, but in extreme poverty.

Abuse and neglect follow. One national study reported that “severe parent-to-child violence was 114 percent greater in black families than in white families.”

Many children in abusive households go on to become violent abusers themselves. Countless others will simply never learn how to be responsible, loving parents. The cycle of abuse and neglect will sew child welfare and self esteem issues into an entire generation of American blacks. We cannot pretend this is not happening or lay all the blame at the feet of racism.

Very simply, young Black males need to stop fathering children they can’t raise, or they need to step up and play a dominant role in their own kids’ lives. This rousing fact was not lost on Bill Cosby, who lamented what he sees as a lack of parenting, poor academic performance, sexual promiscuity, and criminal behavior during his now notorious 2004 NAACP speech. On the topic of irresponsible Black parents, Cosby had this to say:

Cosby’s language was consciously harsh. But it needed to be said. Declining morality and bad behavior is ripping apart the black community. In particular, Black America has become frighteningly casual about having babies. In a follow up book, titled “Come on People,” Cosby quotes Xylina Bean, chief of neonatology at the King Drew Center in Compton, on having what she calls, “incidental babies”:

We all know you’ve got to do something in order to have [a baby], OK? . . .So it’s not accidental. It’s not incidental. And one of the things that I am really tired of is all of these incidental babies. They just ‘incidentally’ happen. . . .You get to decide who gets to be your baby’s daddy.

What Cosby and Bean are saying is that excuses just don’t cut it anymore. If we do not man-up and protect our children, we will sew a national curse into our community for generations to come.