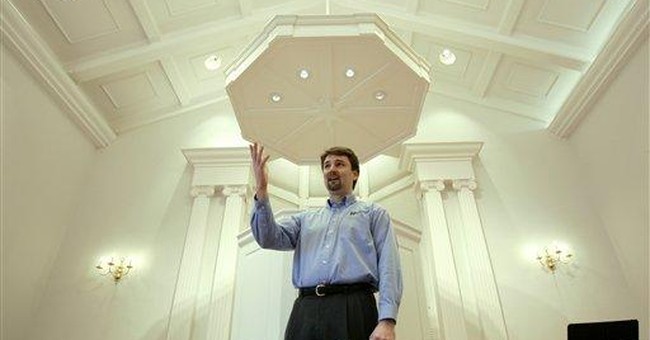 In this economy, many college educated people, facing chronic unemployment, are faced with a stark choice; to remain on the dole, or take a job that’s below their pay grade. For some, this will be a difficult transition, because they believe their college degree entitles them to an occupation with a certain amount of status. Such is the dream that has been sold by the media and the government.

It used to be that college a college degree meant something. That was before the days of grade inflation, government-subsidized loans, and lowered admissions standards. Now almost anyone with a high school diploma can obtain a college degree of some sort. Whether through the abundance of scholarships, affordable community colleges, or even the dubious option of online universities, it’s easier than ever to get a piece of paper with the words “bachelors” emblazoned in official-looking block print.

The consequence for this profusion of degrees is that their value has sunk, and is now underwater. These days, because the market is so glutted with college diplomas, it’s hard to even get a job as a secretary…eh, excuse, me, ‘administrative assistant’ without a four year degree. Like many other measures of value in our economy, including the risk ratings of mortgage-backed securities, and the value of the U.S. dol lar, the college degree has become next to worthless.

This is not only true at the bottom of the spectrum, but also at the top. It is widely known at many of the nation’s top employers that an Ivy League degree no longer means that the recipient has earned it through intelligence and hard work. We know they can game the system – whether by family connections, grade inflation, or cheating on entrance exams, and the list goes on and on.

But there’s one thing that’s impossible to fake, and that’s the results of hard work. I can remember the days growing up on my family farm in South Carolina, working from before the sun rose until well after dark on one difficult task or another. Whether it was milking the cows, plowing the fields, or picking and stacking tobacco for market, there was always something difficult or tedious to be done around the farm.. My siblings and I hated it so much that we could not wait until the school year started so we could sit at a desk all day instead of bust our guts in the fields.&n bsp;

The thought of spending my whole life on a farm inspired me to excel in my studies. When I graduated from college, I remember thinking, ‘I will never go back to that farm again!’ With my newly minted degree I went to Washington to work, and quickly got a dose of the real world. The only way I was able to hold my own in a town filled to the brim with Ivy League graduates with insider connections was by outworking the competition. No matter how hard many of my counterparts worked, I could always work harder, because no desk job could ever compare to the level of effort we had to exert to make that farm work.

Over time, I have come to the conclusion that educational achievement, while an indicator of potential, is not ultimately responsible for success. From my observation, the people who have worked the hardest for the longest time have enjoyed more lasting success than those who rest on their laurels with their degrees and their family connections waiting for someone to hand success to them on a silver platter.

While, as a general rule, work trumps talent, that isn’t to say that talent and learning don’t play a role. In fact, knowledge and intelligence play a role of informing the types and nature of work one performs in the pursuit of excellence. I’ve noticed that those who reach the very pinnacle of success in our society are both educated and hard-working.

On the one hand, becoming proficient at anything requires constant repetition and practice. Whether you’re talking about a golf swing or writing a book, it all starts with going out and trying it repeatedly until you perfect it. However, just working hard won’t get you to where you want to go. You have to first know specifically what you are working towards and how to go about getting there. It does no good to swing a golf club all day, if you don’t have any knowledge about the mechanics of a good golf swing. In fact, if you keep on swinging without seeing any improvement in your game, you’re likely to give up.

That’s where education comes into play. Often we need teachers, coaches and mentors to help us maximize the benefit of the work we’re doing. It helps to have someone teach us the correct form and process for executing the tasks we’ve set forth for ourselves. This type of work, the mental work it takes to prepare for a physical task can also be quite daunting. Thinking rigorously and consistently for any period of time is probably one of the most difficult tasks for anyone. But doing so often saves us a lot of time and effort in the long run. Education, in this sense, can be compared to a roadmap which one consults before setting out on a journey. Without it, we might spend years lost in the wilderness before we finally find our way.

So, to answer the age-old question, if forced to choose, I always err on the side of hard work. Work has a way of teaching you how to make the next step. However, a lot of work can be saved along the way if you know where you’re going, and are equipped with the proper tools to get yourself there.