No Need to Assign Schools by Race 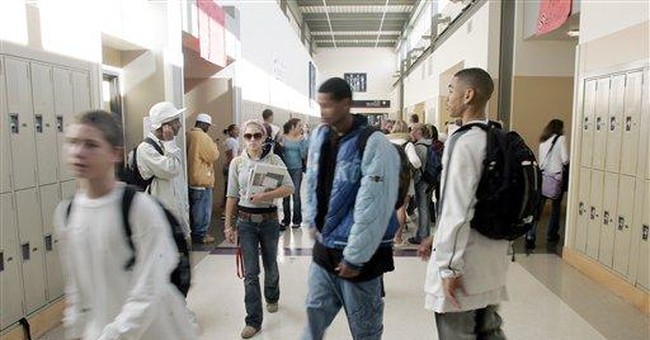 The Supreme Court got it right last week when they ruled against school districts assigning classes by race in Louisville, Kentucky and Seattle, Washington.

The districts on trial were using race as a factor to help determine where students attended school. Both programs were hoping to produce more diversity in schools by bringing children of different races to the same school.

In Seattle, the district's plan attempted to overcome the effects of the city's segregated housing patterns near its ten high schools. Their "open choice" policy used factors including geographic proximity and whether a student has a sibling at the school he or she prefers, as well as race, in determining where students attend school. A similar program in Louisville used race as a factor to create diverse schools in hopes of overcoming decades of segregation.

After the 5-4 ruling - the majority opinion was led by Chief Justice John Roberts - America's public schools may need to rethink how they assign students. Some legal experts said school systems may have to reconsider attendance, transfer and other academic policies to ensure they're not violating the court's new standards of when a student's skin color can be used to achieve racial balances on school grounds.

"Any school district that's going to be interested in using [race] in some fashion, they've got to be extremely careful," said Rocco Testani, an Atlanta lawyer who represented the Fulton County school system in a 2003 desegregation case. "They cannot use race as a factor in admissions, unless it's narrowly tailored ... You've got to consider alternatives. You've got to look at diversity in a holistic way. It can be a factor but not the factor."

In this day and age, I think it's ridiculous that we need to factor race to diversify our schools. It's been over fifty years since the historic jury in Brown vs. Board of Education of Topeka ruled in favor of integration and helped spearhead the civil rights movement. If we still need to bus certain kids to certain schools based on the color of their skin, then Martin Luther King's dream surely did not come true.

The fact is that we don't need to take these steps anymore. Racism is not completely extinct - and perhaps it never will be - but it's generally been wiped out for all intents and purposes. Look at the highest offices in our land and you'll see many minorities holding important jobs. Check out the entertainment business and the sporting world and you'll come across countless minorities earning great livings. Pick up a local paper or magazine and you'll see interracial couples, integrated events, and diverse workplaces, schools, churches, and restaurants. The younger generation barely even notices race anymore. Walk into most schools across America and you'll witness young kids of all races playing in the yard as if their grandfathers were too best friends. Just like the gay marriage issue, as the younger generations grow up, these old conflicts will die away. We don't need to kill them by using forced integration methods and overarching laws in our education system.

The Supreme Court's decision was the right one. Where people live, eat, worship, and send their kids to school, is their own decision. The government should stay out of our personal lives as much as possible. And in this case, not only was the government interfering with our lives, they were relighting a fire that was put out long ago.

Yes, there are still some racist people out there. Barry Bonds will get booed by a few of them, Barack Obama will be threatened by some of them, and a few good Americans might experience a hardship or two because of these bigots. But all in all, racism is dead in America. A black man or woman has the same opportunity to succeed as any other person on the planet. So it's time our government stopped looking at people by the color of their skin. Enough is enough. And this ruling was a good step in that direction.

America doesn't need more programs to end hatred, racism, and bigotry. It needs more individuals with loving hearts and open minds. It needs people like you and me to soften our stance and reach out to someone we don't know, don't understand, or don't look like. Our country needs people to walk down the street without bias or prejudice against the homeless man or single mother. Americans needs to forget about race in order to become one race.

This recent ruling by the Supreme Court was the correct decision, but I hope that from now on, we can keep the courtroom and the classroom separate. Let's stop using laws to bail us out of tough situations and instead use our hearts and minds to bring about what we know to be right.