Iraqi justice: Saddam hung in his own torture chambers 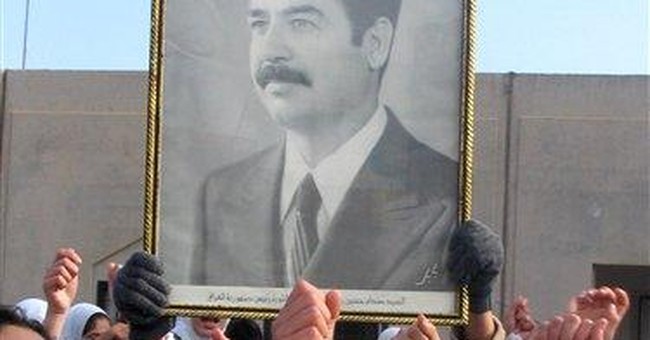 The cold corridors of the headquarters of the Fifth Section of Iraqi Intelligence saw a strange sight last week: the Great Executioner was being led to his end in the same desolate and damp room where his victims once cried in vain for help. These victims forlorn cries were in vain—most never saw the light of day again. And while those executed in that room were invariably innocent of any crime except opposition, real or imagined, to the Baathist regime, the new visitor was convicted by an Iraqi court of law for very specific, well-documented crimes.

For all practical purposes, Saddam was dead as soon as he was discovered by American troops hiding in the famous hole in his native village two years ago. But his execution, while attended by some farcical manifestations of the new order in Iraq, serves to remind us of some important facts.

Above all, the families of the countless victims of this dreadful man and his vast apparatus of terror must now feel a sense of justice done. Many of these families had given up hope that he will be made to pay for his crimes. In fact, based on accounts in Iraqi media, some of them had swung, over the past two years of the on-again off-again trial of Saddam to the belief that the Americans had cut a deal with the Sunni insurgents to free Saddam. Seeing him with a rope around his neck laid to rest any possibility of his return to lead his Baathists again.

In Islamic societies, justice is considered the cornerstone of any government that seeks acceptance by those governed. One of the problems of the liberation of Iraq from Saddam’s tyranny is that, except for the killing of Saddam’s sons, there has been no sense of redress, of equilibrium achieved, for the millions of Iraqi, Iranian, and Kuwaiti victims of Saddam’s who has suffered under Saddam’s wars and weapons of mass destruction. This feeling of inappropriateness, of disconnectedness between the reality of irretrievable loss on part of the victims and the seemingly interminable trials of the Baathist figures, led to disillusionment and a loss of faith in the rule of law.

Now, for many Iraqis, and for many Arabs, this single act of disposing of their dictator has reassured them that the system of law and order, heretofore nearly non-existent, may actually begin to function: that criminals will pay for their crimes, even such exalted figures as presidents may one day pay for their acts of terror. As one Egyptian Saddam supporter, demonstrating against the execution in Cairo, said: “It is unbelievable that they have actually executed their president.”

Both friends and enemies of the new Iraq, groping for its identity and its political stability, are drawing their own conclusions from this most singular act. The friends see hopeful signs in that the Baathist insurgents now may realize that their days of dominance are gone forever. That the inspiration of their “necessary leader” is no longer there to provide them with a rallying cry.

The enemies of the future of Iraq, ranging from a distraught Qaddafi who declared a period of mourning over his erstwhile fellow dictator to the anti-American coalition the world over, must realize that despite the mistakes, despite the lurches in the Iraqi path forward, history moves on and the days of the dictators are numbered.