Anne Yasmine Rassam is vice president of foreign policy and international women's issues for the Independent Women’s Forum. Rassam joins IWF with an extensive background in law and international women’s issues. An attorney by training, Rassam concentrates on international and human rights law and foreign policy matters pertaining to women. She also directs IWF’s Iraq program. Rassam has over twelve years of legal experience as a litigator for prestigious law firms, a legal academic, and an international legal development specialist on human rights law. She began her career as a litigator at Lord, Bissell & Brook in Chicago, Illinois where she represented Lloyds’ of London in complex environmental litigation. As an associate at Lord Bissell, she also represented indigent women pro bono in divorce cases. After leaving Lord, Bissell & Brook, Rassam became a teaching fellow at Columbia University Law School where she taught international human rights advocacy and legal research and writing. She also was an adjunct professor at Pace University Law School where she taught Public International Law. Upon completion of her teaching fellowship, Rassam represented clients such as CIGNA, Citicorp, American Express and other Fortune 500 companies in complex litigation cases at the law firms of O’Melveny & Myers and Morgan Lewis and Bockius in New York City, New York. She also has extensive experience in international arbitration and litigation on matters pertaining to or in the Middle East, Europe, and Latin America. She has wide-ranging experience in matters pertaining to the Foreign Sovereign Immunities Act. At O’Melveny & Myers, she successfully represented pro bono a Pakistani woman who escaped a forced marriage in an internationally publicized U.S. political asylum case. In 2002, Rassam left the private sector to become the Director of the Human Rights Clinic in Tashkent, Uzbekistan for the American Bar Association’s Central and East European Law Initiative. This program, funded by the State Department, was the first of its kind in Central Asia and became a model for many other human rights clinics established in Central Asia and North Africa. In 2004, Rassam became the Director of Women’s Programs for the American Bar Association’s Iraq Initiative, where she established the ABA office in Amman, Jordan and held several conferences on women and the constitution and the status of women’s rights in Iraq for Iraqi women’s NGOs, the Ministry for Women's Affairs, and key members of the Iraqi government. Currently, she serves on the Board of Directors for Indiana Law School’s Center for Constitutional Democracy in Plural Societies. Rassam has authored numerous publications in prestigious law journals on human trafficking, women’s human rights, and Islam, including: International Law and Contemporary Forms of Slavery: An Economic and Social Rights-Based Approach”; “Islam and Justice: Debating the Future of Human Rights in the Middle East and North Africa,”; and “Contemporary Forms of Slavery and the Slave Trade Under Customary International Law.” Most recently, she co-authored a comprehensive survey on the Status of Women’s Rights in Iraq for the American Bar Association’s Iraq Legal Development Project. As an legal and international relations analyst, Rassam has spoken on topics such as the War in Iraq, the War on Terror, Afghanistan, women and Islam, human trafficking and advancing democracy and national security. Her television and radio appearances include Fox & Friends, The Regional News Network, the Janet Parshall Show, and the Wanda Besson Show. She also has published op-eds on topics such as Somalia, women in Iraq, and human trafficking, and the War in Iraq in the Wall Street Journal, Townhall, Human Events, and in local newspapers. Rassam holds a bachelor of arts in history from the University of Virginia and a juris doctor magna cum laude from Indiana University School of Law. She holds a legum magister (LL.M) with an emphasis on international law from Columbia University School of Law. 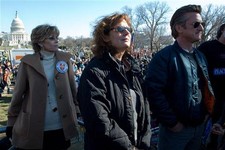 Anti-war Protestors: Some Oldies But Not So Goodies
By Anne Yasmine Rassam
The anti-war rallies last weekend brought out the usual medley of retreads (Jane Fonda, the post-North Vietnamese Communist supporter, post-Turner, ...
February 01, 2007

Somalia Bombings Show Why We Must Destroy Al-Qaeda in Iraq
By Anne Yasmine Rassam
The recent Special Forces strike in Somalia illustrates once and again the foolhardiness of those who want us out of ...
January 17, 2007 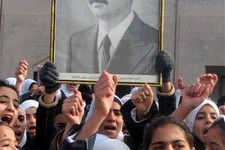 Iraqi justice: Saddam hung in his own torture chambers
By Anne Yasmine Rassam
The cold corridors of the headquarters of the Fifth Section of Iraqi Intelligence saw a strange sight last week: the ...
January 08, 2007

The Axis of Quasi-Evil: Talks with Syria over Iraq?
By Anne Yasmine Rassam
President Bush’s 2002 definition of the axis of evil included North Korea, Iraq and Iran—Syria didn’t make the list. Given ...
December 01, 2006