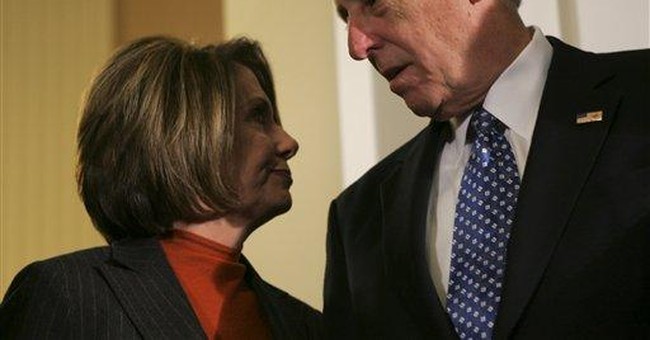 Fresh off my triumph over Kwanzaa, I thought I'd mention a couple of other facts that some of us are forced to keep repeating because liberals refuse to learn.

Ravens can learn to snatch fishermen's untended lines to get fish. Worms learn not to eat harmful bacteria (as opposed to the tasty nutritious bacteria they normally feed on). Fruit fly larvae can learn to detect the scent of predators.

But liberals cannot learn that the Aug. 6, 2001, Presidential Daily Briefing titled "Bin Laden Determined to Strike in the U.S." had not a speck of what we call "useful information."

I described the Aug. 6 PDB in detail in my 2006 book "Godless: The Church of Liberalism." The memo read like a fifth-grader's book report that he left to the last minute and had to quickly cobble together with old information on Google. The only "warnings" of future actions by al-Qaida were completely wrong -- for example, suggesting that terrorists might be planning an attack "with explosives" or preparing to attack "federal buildings in New York."

But liberals cite the Aug. 6 PDB as if it were a clarion warning of the 9/11 attacks.

On Dec. 3 this year, MSNBC's Keith Olbermann angrily announced that the Aug. 6 PDB "could have included copies of the terrorist itineraries and the message from the future," but if the president didn't "act on it or perhaps did not even read it," it wouldn't make any difference.

In fact, if Bush had directed all members of the executive branch to drop everything and jump on the "warnings" in the Aug. 6 PDB, bomb-sniffing dogs would have been prowling the nation and police lookouts would have been stationed at federal buildings in New York City -- as planes smashed into the World Trade Center and the Pentagon.

True, the title of the PDB was "Bin Laden Determined to Strike in the U.S." I have a memo on 10,000 waitresses in Los Angeles titled: "Aspiring Actresses Determined to Succeed in Hollywood."

But liberals endlessly repeat the same falsehoods like Stalinist party members, long after normal people have learned the truth and moved on.

Another Stalinesque classic is the left's claim that Sen. Saxby Chambliss ran an ad challenging Max Cleland's patriotism in the 2002 Senate campaign. I've seen the ad. You can see it, too: It's all over the Internet. It does not challenge Cleland's patriotism.

The ad begins by noting that America is facing "terrorists and extremist dictators" -- briefly showing pictures of them -- and goes on to say that although Cleland said he "supports Bush at every opportunity," in fact he had voted against "the president's vital Homeland security efforts 11 times."

Again, as I noted in "How to Talk to a Liberal (If You Must)," Cleland voted against the establishment of a Homeland Security Department ... because it didn't allow for unionization of the work force:

OH MY GOD! THERE'S A PLANE HEADED FOR THE WHITE HOUSE!

Sorry, I'm on my break. Please call back in two hours.

It was a completely legitimate campaign ad -- urgent in fact -- having nothing to do with Cleland's patriotism, but rather addressing his voting record (and, I would add, his sanity).

And yet, on MSNBC'S "Countdown" the host and guests vented their spleens at the ad all over again this year, during Chambliss' runoff re-election.

On Nov. 7, Olbermann called it "one of the most shameful moments in the history of American politics." His equally screechy guest Craig Crawford exclaimed: "I was horrified by what Chambliss did to (Cleland) in that campaign!"

On the Dec. 1 "Countdown," Margaret Carlson said: "I don't think enough attention can ever be paid to the ads that were run against Max Cleland. I'm waiting to hear if Chambliss apologizes for that someday."

At least liberals no longer lyingly claim Cleland lost his limbs because of a Viet Cong grenade. So there is that small victory. Soon, perhaps they'll learn to stop eating harmful bacteria.

Someday, I could stop writing new columns altogether and could just repost columns and book excerpts I've already written disproving the same yarns liberals spin over and over again.

Although I am usually stunningly error-free, due to the obvious urgency of getting my next book out as soon as possible after the election, the recession necessitating a proofreader from Bangalore and the sun being in my eyes, there are some minor editing errors in the first printing of "Guilty: Liberal 'Victims' and Their Assault on America." (Out next week!) This will make the first edition something of a collector's item, rather like postage stamps with an upside-down airplane.

One error requires advance warning. On Page 89 of my new book, Frank Rich is quoted as referring to a "barrage of McCarthyesque guilt-by-association charges against [the media's] candidate, portraying him as a fellow traveler of bomb-throwing, America-hating, flag-denigrating terrorists."

Due to an editing error, the brackets around "the media's" in the above quote were left out, making Rich sound like me. I regret the error, and if Rich doesn't think it's an improvement, I apologize to him.