Angela Logomasini is a senior fellow at the Independent Women's Forum and at the Competitive Enterprise Institute. At CEI, Angela conducts research and analysis on environmental regulatory issues. She is co-editor of CEI’s book The Environmental Source, and her articles have been published in Wall Street Journal, the New York Post, the Washington Times, and other papers. Angela also makes regular appearances on media programs. She has appeared on dozens of radio shows, including the Diane Rehm Show, CNN Radio, and Radio America. Television appearances include CNBC’s Capitol Report, CNN News, and Houston PBS.

Angela served as Legislative Assistant to Senator Sam Brownback from 1996-1998, advising the senator on energy and environmental issues. Before that she was Environmental Editor for the Research Institute of America (RIA), where she and another editor developed a three-volume environmental compliance desk reference, written for RIA affiliate Clark Boardman Callahan. From 1989 to 1994, Angela worked for Citizens for a Sound Economy (CSE), serving as Director of Solid Waste Policy for a CSE affiliate, Citizens for the Environment and as a policy analyst covering various economic issues.

Angela Logomasini has a Ph.D. in politics, which she earned at the Catholic University of America. 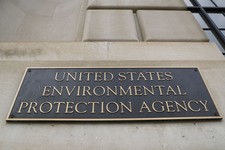 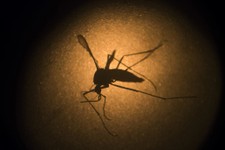 Trump Could Fight Zika with Regulatory Reform
By Angela Logomasini
President-elect Donald Trump has promised that he will focus on reversing an expanding federal regulatory burden. As part of that ...
November 16, 2016

Lessons in Green Chemistry
By Angela Logomasini
“Green chemistry” has become the latest craze and now government agencies are sponsoring programs to teach it to kids in ...
February 07, 2013