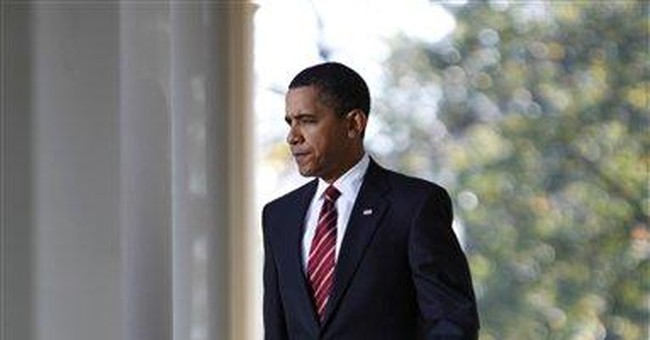 All presidents aim to leave a legacy through the judges they appoint to lifetime seats on federal appeals courts. That’s why senators should be especially concerned about David Hamilton, an Indiana judge nominated to fill a vacancy on the Seventh Circuit.

When he announced the nomination, President Obama said that Judge Hamilton would set the tone for his future nominees. But Judge Hamilton’s record as a federal district judge includes plenty of reasons to wonder whether he deserves a promotion.

Hamilton has suggested it’s a judge’s job to make law. “Part of our job here as judges is to write a series of footnotes to the Constitution. We all do that every year in cases large and small,” he’s written. “Both the process of case-by-case adjudication and the Article V amendment processes are constitutionally legitimate, and were both, in my view, expected by the Framers, provided that case-by-case interpretation follows the usual methods of legal reasoning and interpretation.”

In other words, Judge Hamilton thinks that the decisions of federal district courts amend the Constitution, just as the amendment process does. This is unacceptable.

Judges act appropriately when they apply the law, not when they make it. And they certainly shouldn’t be in the business of trying to amend the Constitution by the whim of their decisions. Any judge who says that he or she makes law or amends the Constitution has a skewed vision of what the proper role of a judge is.

Also, like President Obama during the 2008 election campaign, Judge Hamilton has endorsed the “empathy” standard for judging.

He told the Senate Judiciary Committee that empathy is “important” in fulfilling the judge’s oath of office. Judge Hamilton explained, “Empathy is the ability to understand the world from another person’s point of view. A judge needs to empathize with all parties in the case -- plaintiff and defendant, crime victim and accused defendant -- so that the judge can better understand how the parties came to be before the court and how legal rules affect those parties and others in similar situations.” It’s worth noting that even Justice Sonia Sotomayor rejected the empathy standard in her confirmation hearing for the Supreme Court.

In fact, judges are supposed to base their decisions on the law, not on whether they have sympathy for or dislike of the parties before them. They take an oath to administer justice without regard to the identity of the persons before the court. Elevating “empathy” above the requirements of law in the courtroom encourages judges to treat people differently because of who they are or what group they belong to. Recall the New Haven Firefighters case, where the Second Circuit, which ruled against the white firefighters who did well on the exam and was reversed by the Supreme Court, felt compelled to say that it cared about the white firefighters too, even as it denied them the promotions they had earned.

Perhaps because of his inclination to remove the blinders from Lady Justice, Judge Hamilton has a reputation for leniency in criminal cases. The Almanac of the Federal Judiciary quotes comments from local practitioners, who say that he is “the most lenient” of the judges in the district and the “best chance” for a sentence lighter than the federal sentencing guidelines would call for.

The Seventh Circuit’s decision in United States v. Woolsey bears this out. The appellate court threw out the lenient sentence Judge Hamilton imposed and told him to impose the life sentence that was called for. The court reminded Hamilton that he was “not free” to disregard a prior conviction and noted that the statutory penalties for repeated criminal activity “are not optional, even if the court deems them unwise or an inappropriate response to repeat drug offenders.”

His mistaken view of the proper role of a judge may help to explain Judge Hamilton’s apparent resistance to applying binding precedents. Senators should carefully consider this vision before voting to promote Judge Hamilton to the Seventh Circuit Court of Appeals.