Why Would Anyone Support the Death Penalty? (Part I) 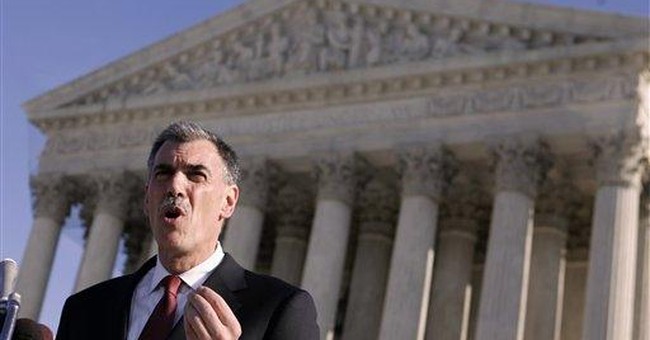 In November, the United Nations called for a worldwide moratorium on the death penalty. In December, Gov. John Corzine signed legislation abolishing the death penalty in New Jersey. Now, in January, the Supreme Court has heard arguments on whether lethal injection violates the 8th Amendment’s ban on cruel and unusual punishment. So, with New Jersey and the UN on one side and Texas and Iran on the other side, the Supreme Court seems poised to pick for us all between the new morality and the old.

Granted, New Jersey hadn’t actually executed anyone in 45 years, so this was a bit like Bill Cosby announcing that he will stop using profanity in his sketches. But the official decision is still noteworthy, as is the fact that New Mexico, Montana, and Nebraska all came close to doing the same thing this year. In the face of the seemingly unstoppable modern sensibility, why would anyone continue to support executing murderers?

There are five possible objectives of any criminal justice system: incapacitation, rehabilitation, retribution, deterrence, and symbolism. Starting with these values, let’s explore the differences between the two alternatives: capital punishment and life in prison without the possibility of parole.

Incapacitation is the goal of making it physically impossible for the criminal to commit further crimes against his fellow human beings.

Clearly, both capital punishment and life in prison without the possibility of parole fully incapacitate criminals with respect to the general society. The only exception is if the prisoner escapes, but given that there is such a long delay between conviction and execution that death row becomes a de facto prison sentence until then, there is less distinction here than initially appears. But, for the sake of argument, let’s say that once the two paths diverge, execution is 100 percent incapacitation and life in prison without the possibility of parole or LIPWPP (pronounced lip-whip) is 99-plus percent incapacitation. As an advocate of the death penalty, I’m not interested in quibbling about numbers, so I’ll grant that incapacitation is the same for both alternatives.

Within the prison community, however, things are not so clear. Unless LIPWPP is upgraded to permanent solitary confinement, such prisoners will still be a threat to guards and other prisoners during their confinement. This is no trivial difference given the obligations of prisons to protect prisoners from each other. Nonetheless, as long as such isolation is the form of sentencing advocated, I’m willing to grant that incapacitation is a non-issue in this debate.

Rehabilitation is the goal of reforming the criminal so that he can be reintegrated into society as a well-behaved, productive citizen.

Several recent studies have shown that execution is almost completely unsuccessful as a method of rehabilitating the offender. However, given permanent residence in isolation within a prison, LIPWPP isn’t really rehabilitative either. Thus, both alternatives are equal again on this value, at least in the sense of preparing a criminal for re-entry into general society.

However, if one means by rehabilitation the service done to the criminal himself of helping him have a profitable and meaningful life while incarcerated, things are not so clear. On the one hand, it is possible that a murderer would repent and dedicate himself to self-improvement. On the other hand, it is possible that a murderer would go on hating and descend into a spiral of self-destructive seething. Since quantifying these probabilities exceeds my abilities, I’ll optimistically estimate that the net chance of self-development benefits obtained during LIPWPP is offset by the equally small advantage in incapacitation certainty obtained through execution. So, rehabilitation and incapacitation taken together become moot issues.

Retribution is the goal of restoring the scales of moral justice to balance as possible.

For instance, when someone thieves, the objective is to restore the victim to his condition prior to the loss. This requires restitution equal to the theft plus a penalty to cover the lost use of that money and the intangible damage to his confidence and security. Civil law is the easiest illustration for understanding retribution. We quantify all sorts of things in civil courts for the sake of saying what the offender owes, and the idea is to restore balance by taking from the criminal and repaying the victim.

But there are always two victims of every crime: the particular person and the moral fabric of the society itself. For every infraction against this fabric, we assess varying degrees of penance including jail time, community service, and fines. These all have their own merits, but the retributive purpose is to make the criminal pay enough to restore balance to the moral universe just as he must to the victim. Not only is this about compensating those who have lost, but it is about forcing the offender to pay his debt to society so that he may satisfy the demands of just retribution. Once paid, we are no longer owed, and he no longer owes.

What, then, is the proper retribution for murder? As death penalty opponents are so fond of saying, “Executing the murderer will not bring his victim back to life.” That, of course, is true. It’s just as true, however, that giving him LIPWTPP will also fail to accomplish a resurrection. And that’s the point. There is simply nothing the murderer can do to truly restore the social fabric to the status quo ante for the obvious reason that there is no way to replace missing people. Nonetheless, as history and the Bible so clearly have held, blood alone can atone for shed blood. By requiring his life of him, we make him pay the only correct price and force him to fully pay it. This balances both the moral fabric as well as the murderer’s personal register.

Once we comprehend this distinction between murder and all other crimes (which can be restituted for), it should be clear that retribution not only justifies execution, it requires it. Execution is the only correct penalty-in-kind for murder, and retribution is the only value so far analyzed which justifies taking this most precious of payments from someone.

In my next column, I will consider the issues of deterrence and symbolism before moving on to discuss the other issues in this complex and often difficult issue.