That’s Where The Money Is 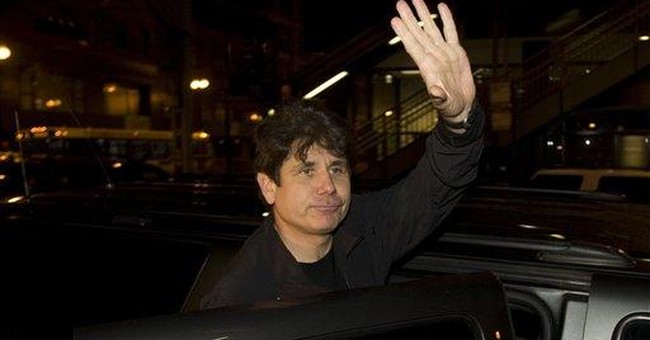 With the arrest of Illinois Governor Rod Blagojevich, the calls have come once again for reigning in the ability of wealthy donors to give money to candidates. It is almost pavlovian—the scandal breaks, and immediately thereafter the issue of donations causing corruption is raised. But those who raise this miss the point, and in many respects have it backwards. It’s not the influence of money from donors that is the problem, by and large.

No, the problem is the vast sums of money that are controlled by government, and funneling of that money to a variety of special interests. Whether it was Jack Abramoff trying to steer government appropriations, facilities or special consideration to his clients, or the lobbyists from Illinois’ horse racing industry working to get tens of millions of dollars funneled from casinos to their clients’ failing businesses, the underlying cause is the same: government has too much cash to dole out, and those who are able to game the system are going to do whatever they can to get it. As Willie Sutton said when asked why he robbed banks, “That’s where the money is.”

People are outraged at the federal monies going to bail out the auto industry—no matter where you are on the political spectrum. But the problem doesn’t lie with the lobbyists for the auto industry, the problem lies in the very fact that the federal government has that much money that it feels it can “play with”. Dan Mitchell, who analyzes policy with the libertarian Cato Institute, was correct when he recently pointed out that such wealth transfers not only cost in terms of the direct impact on taxpayers. They also cost inasmuch as they prevent that money from being spent elsewhere in the economy, where it might do more good.

The auto bailout is only the latest in what has come to be termed the “fetishization of failure”. Over the summer, much was written about political leaders in Illinois deciding to reward the failure of Illinois’ struggling horse racing industry by taxing the state’s most profitable casinos. It has now come to light that Governor Blagojevich’s signature on the bill allowing for that wealth transfer was only going to come after he got his taste of the largesse. That the money was paid could only have happened because the racing industry was going to receive millions upon millions of dollars from the state itself.

Had Illinois not had the power to take money from a successful industry and give it to a failing one, then no attempt to bribe the governor would have been made. Now, this isn’t to say that the governor might not be coerced for other spoils of government, but if you limit the spoils, you limit the corruption.

What’s ironic, of course, is that this all happens in Illinois, home of the President-elect, and has come to light because of chicanery surrounding his replacement in the US Senate. Obama, elected on a mantle of change, is being sullied, early on, with the typical politics of Illinois. It is something that was predicted throughout the campaign—and it could be dismissed as isolated to the Land of Lincoln save for some disturbing reports already starting to come out of DC. The Inaugural Committee, working in concert with the DC City Government, is moving to severely restrict independent vending during the inauguration. Small vendors’ interests are being pushed aside at the behest of much-better-funded big businesses.

These businesses smell the millions that will be made during the Inauguration through government-controlled licenses, and they’re willing to spend whatever it takes to make sure they have them.