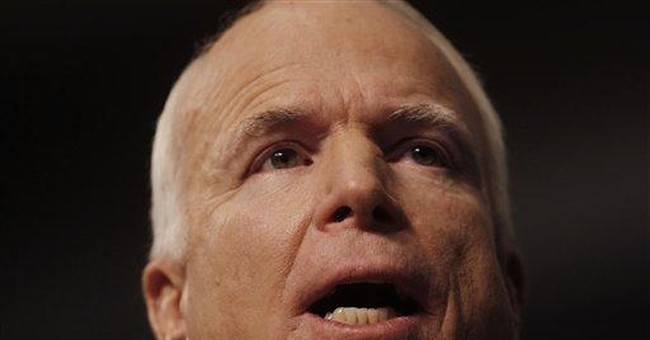 In the run-up to the debate, Republican vice presidential candidate Sarah Palin made scathing criticisms of Obama’s ties to a man who once plotted to bomb the U.S. Capitol and Pentagon prompting the Obama aides to scrambling to answer her charges.

Obama needed no retort about Ayers in Belmont. It would have served Obama well, however, to have a few handy for some of McCain’s other zingers.

During some lengthy exchanges about the economy, McCain linked Obama to the disgraced housing agencies Freddie Mac and Fannie Mae faulted for prompting the current economic crisis.

“The match that lit this fire was Fannie Mae and Freddie Mac,” McCain said. “I'll bet you, you may never even have heard of them before this crisis. But you know, they're the ones that with the encouragement of Senator Obama and his cronies and his friends, in Washington, that went out and made all these risky loans, gave them to people that could never afford to pay back.”

McCain noted Obama has received more donations than anyone else in the Senate, save one person, from Freddie Mac and Fannie Mae. Obama never answered the charges. His only direct response was, “I never promoted Fannie Mae.”

While debating excessive government spending, McCain blasted Obama for seeking $3 million for an “overhead projector” for the Chicago-based Adler planetarium. Obama never explained why he sought the money or defended the earmark.

At one point, McCain referred to Obama as “that one,” infuriating Obama’s supporters. Obama said nothing about the remark during the debate, but his campaign manager David Plouffe said it showed McCain’s “anger.”

“John McCain was all over the map on the issues, and he is so angry about the state of his campaign that he referred to Barack Obama as ‘that one’ – last time he couldn’t look at Senator Obama, this time he couldn’t say his name,” Plouffe said in a statement.