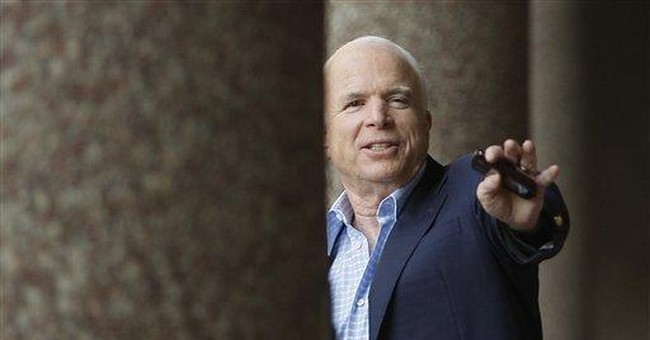 The presidential candidates’ reactions to the meltdown of yet another massive bank strictly adhered to the major themes of their respective campaigns.

Democrats used the occasion to blame President Bush and the Republicans promised reform.

Democratic presidential candidate Barack Obama said the GOP’s style of government led to the collapse of Lehman brothers, suggesting the economy couldn’t handle another Republican White House. “Eight years of policies that have shredded consumer protections, loosened oversight and regulation, and encouraged outsized bonuses to CEOs while ignoring middle-class Americans have brought us to the most serious financial crisis since the Great Depression." Barack Obama told supporters in Golden, Colorado. "I certainly don't fault Sen. McCain for these problems, but I do fault the economic philosophy he subscribes to.”

Obama’s vice presidential candidate Joe Biden was stronger in his criticisms, calling a future McCain White House a bad “sequel” to President Bush’s administration. "Folks, we've seen this movie before and we know the sequel is always worse than the original," Biden said while campaigning solo in St. Clair Shores, Michigan. "If we forget this history, we are doomed to repeat it, we'll get four more years of the past eight."

Republican candidates John McCain and Sarah Palin, on the other hand, called for robust market reform, ruling out any government bailouts for the bank.

McCain, who has been roundly criticized by the Democrats for his thoughts on economics, said “the fundamentals of our economy are strong, but there are very, very difficult times.”

"And I promise you, we will never put America in this position again. We will clean up Wall Street. We will re-reform government,” he vowed at a campaign stop in Jacksonville, Florida.

At a separate stop in Golden, Colorado Palin said she was “glad to see the Federal Reserve and Treasury have said no to bailing out another” bank.

"We are going to put and end to mismanagement and abuses on Wall Street that have resulted in this financial crisis," Palin said. "Our regulatory system is outdated and needs a complete overhaul. Washington has ignored this."