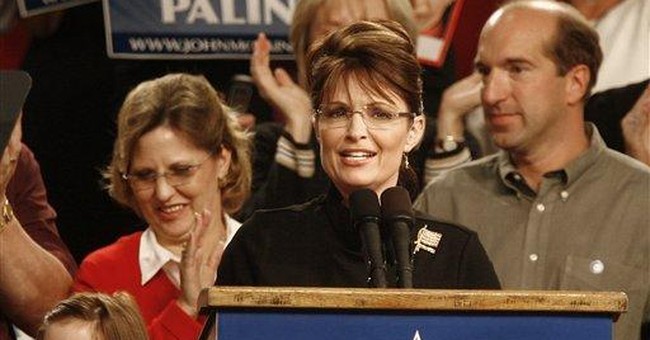 The latest myth touted on liberal blogs that’s bubbled its way into mainstream news headlines is the one where Sarah Palin ordered rape victims to pay for their own rape kits.

“In the past, we’ve charged the cost of exams to victim’s insurance companies when possible,” former chief Charlie Fannon told the Mat-Su Valley Frontiersman in 2000 as then-Democratic Governor Tony Knowles was signing legislation to make local police branches cover the costs of the kits.

“I just don’t want to see any more burden on the taxpayer,” Fannon said at the time, which was reprinted in the USA Today.

Fannon went on to say that he believed the criminal should be held responsible for the costs, which run from $5,000-$14,000 per year for all assault cases. USA Today did not reprint those quotes from the interview, though. “The forensic exam is just one part of the equation,” Fannon said at the time “I’d like to see the courts make these people pay restitution for these things.”

Liberal blogs like HuffingtonPost, DailyKos and Salon.com are using this interview the Frontier conducted with Fannon to accuse Palin, who was mayor of Wasilla from 1996-2002, of supporting making rape victims pay for their rape kits-- a charge vehemently denied by her aides.

“It would appear that Sarah Palin has a problem with Rape,” blogger Steven R wrote on the DailyKos. “In addition to not supporting the availability of Abortion for victims of Rape, Mayor Sarah Palin, Maverick, Fiscal Conservative, also had citizens of Wasilla pick up the bill for their own forensics tests.”

Palin spokeswoman Maria Cornella told USA Today that Palin, “does not believe, nor has ever believed, that rape victims should have to pay for an evidence-gathering test.”

“Gov. Palin’s position could not be more clear,” Cornella said. “To suggest otherwise is a deliberate misrepresentation of her commitment to supporting victims and bringing violent criminals to justice.”

Knowles told reporters, “There was one town in Alaska that was charging victims for this, and that was Wasilla, and the -- the original police chief had been fired by Mayor Palin, and her replacement for that police chief was protesting it, and even when I signed the bill.”

Weinstein added, “Wasilla under Sarah Palin's administration chose to charge sexual assault victims for the forensic kits, and that's the choice they made. They easily could have made the other choice.”

Palin appointed Fannon as police chief in 1997. His predecessor was fired by Palin over his willingness to limit the town’s bar operating hours. Fannon was one of three candidates considered for the job and the City Council confirmed him in a 5-0 vote.

Palin later tangled with Fannon when he ran for Wasilla’s mayoral office during her gubernatorial race. Fannon created campaign ads containing a false endorsement from Palin. Palin did not support Fannon for mayor. She supported his rival, Curt Menard.