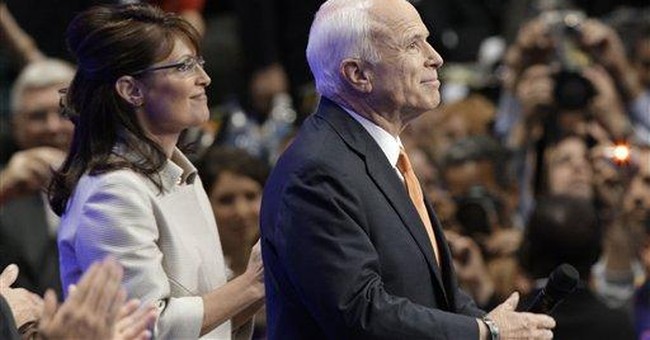 Expect a much more intimate speech from John McCain when he accepts his GOP’s nomination for president than the spectacle Barack Obama organized for his acceptance speech at Invesco Field.

Campaign Manager Rick Davis said, “John likes to be in and around people.” For McCain’s prime-time speech this evening, convention staff will be lowering the stage and extending a ramp into the audience, giving McCain the ability to be very close to convention delegates.

“John will have the ability to position himself around people he likes to be with,” Davis said. He called the decision to change the convention stage both “symbolic and practical.”

“It’s pretty clear this has been the hallmark of the way he has campaigned and quite frankly, the secret to his success politically,” Davis added.

Mark Salter, considered by some to be McCain’s “alter ego” because he’s worked so closely with McCain on the Arizona senator’s speeches and biographies, previewed McCain’s remarks.

McCain “will call on the political culture in Washington to start putting their country first ahead of their own self interests,” Salter said.

He also noted McCain’s wife, Cindy, will also discuss service in her own address, which will not be limited to a typical introduction. “She’s not going to introduce John McCain per se, but specifically talk about some of the things she’s been involved in and some of the causes around the world Americans have joined in to support American exceptionally at its best.”