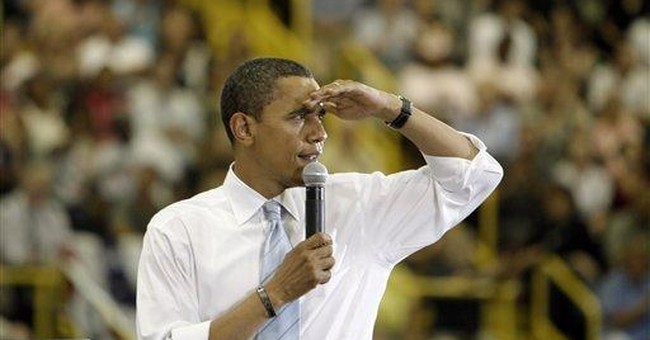 Democratic presidential candidate Barack Obama slammed Republicans for making fun of him because he encouraged Americans to properly inflate their tires to conserve gasoline.

“It’s like these guys take pride in being ignorant!” Obama told an audience in Berea, Ohio on Tuesday.

“They’re sending like little tire gauges making fun of this idea as if this was Barack Obama’s energy plan,” Obama said. “Now, two points. One, they know they are lying about what my energy plan is, but they are making fun of a step that every expert says would absolutely reduce our oil consumption by three or four percent.”

The tire gauges Obama mentioned were created by the Republican National Committee. They are inscribed with the words “Barack Obama’s Energy Plan.” The RNC sent them to reporters and contributors after Obama told supporters at a town hall meeting that they should inflate cut down on rising energy costs. This was done to contrast GOP presidential candidate John McCain’s position on energy to Obama’s.

In Berea, Obama reiterated the importance of proper tire inflation. Inflated tires would “probably save more oil than all the oil we’d probably get from John McCain drilling right below his feet there,” he said gesturing to the ground. “Wherever he was going to drill.”

RNC’s Alex Conat reacted to Obama’s “ignorant” remarks said in a statement. "Rather than demanding Americans inflate their tires, Obama should be demanding Congress return to DC to vote on a real energy plan," Conant said. "Obama is wrong: Inflated tires are no substitute for oil drilling and a comprehensive energy plan."