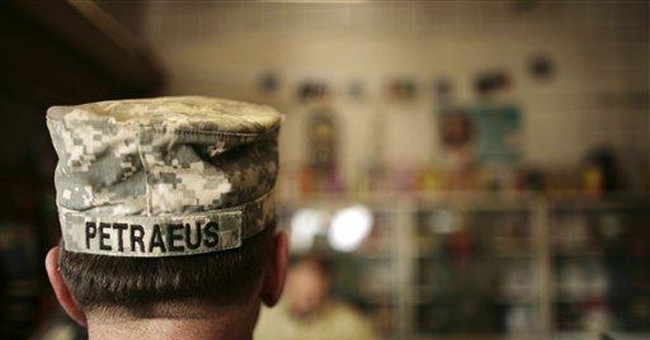 Honesty “is the responsibility of Senators Obama and Clinton, as well as Democratic and Republican leaders in Congress,” said GOP presidential candidate Sen. John McCain (R.-Ariz.) in an address before the Veterans of Foreign Wars in Kansas City. “Doing the right thing in the heat of a political campaign is not always the easiest thing. But when 4000 Americans have given their lives so that America does not suffer the worst consequences of our failure in Iraq, it is a necessary thing. In such a grave matter, we must put the nation's interests before our ambitions.”

As the number one Republican on the Armed Services Committee and GOP’s presidential nominee, McCain’s handling of the hearing will be under intense scrutiny, as will his Democratic rivals’ participation in the hearings.

Democratic presidential candidate Sen. Hillary Clinton (D.-N.Y) will question the general and the ambassador after McCain, as she is a much lower-ranking member of the Armed Services Committee and speaking order is determined by seniority. McCain will also have the opportunity to make opening and closing statements, unlike Clinton.

Sen. Barack Obama (D.-Ill.) will question Petraeus and Crocker later that day when the two officials appear before the Foreign Relations Committee Tuesday afternoon. Obama may not have his chance until well into the late in the day, however, as he only outranks four other senators on the committee.

Partisan lines over testimony from these officials were drawn when the liberal special interest group MoveOn.org called Petraeus “General Betray Us” in a full-page advertisement in the New York Times on the day Petraeus and Crocker came to Congress last September.

Clinton further inflamed tensions when she told Petraeus it would take the “willing suspension of disbelief” to believe progress was being made towards improving the security situation in Iraq in her question and answer time.

After the days of testimony concluded the Senate held a vote to condemn the Move.Org ad. It passed 72-25. Obama was absent the day the vote was held and Clinton voted against reprimanding MoveOn.org. MoveOn.org has since endorsed Obama for president over Clinton.

While McCain was campaigning in Missouri, his Senate Republican colleagues were holding message-building conference calls from their Washington offices.

Sen. Lindsay Graham (R.-S.C.), fresh off his eleventh trip to Iraq, said Clinton’s remarks “might come up” again this week. Graham accompanied McCain and Independent Sen. Joe Lieberman (Conn.) on the trip, which included stops in Israel and Europe.

Graham noted how Democratic efforts to attack Petraeus have backfired. “It really undercut any effort to produce votes to end the war or set a timetable for withdrawal because most Americans found the whole concept of attacking him offensive,” Graham said in a conference call Monday afternoon.

Republican Whip Sen. Jon Kyl (R.-Ariz.) said he’d like things to go more smoothly this time around. “I’m hoping my colleagues in the Senate and the House will view the testimony received and the report in a non-partisan, constructive way towards trying to understand how we can continue to support the effort and understand both the positives and the negatives rather than use it as a political exercise,” he told reporters in a separate conference call late Monday morning.

The Republican National Committee, charged with fundraising and get out the vote activities for McCain, released a video that day titled “Politics vs. Petraeus” that contrasted statements made by Clinton and Obama with warnings from Petraeus about the effect a premature withdrawal would have on security improvements in Iraq.

Clinton and Obama have both promised to begin withdrawing troops from Iraq if elected President.

Clinton and Obama maintained relatively low-profiles, while the GOP launched their media offensive.

Obama’s schedule did not list any public events Monday.