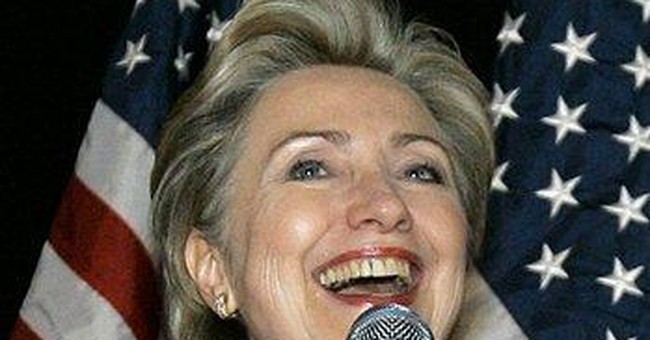 Nearing the end of the South Carolina debate, all three Democratic presidential candidates addressed Republican John McCain, who has won two of the five major GOP primaries so far.

John Edwards began the conversation when he said that he would be competitive with McCain in all states, but Clinton made the strongest case why she believed she would beat him in a general election, citing her foreign policy experience.

Obama said it was unwise for Democrats to think of how to “play on their battlefield.”

Below are the remarks the Democratic candidates made about McCain in the waning minutes of the Democratic debate in Myrtle Beach Monday night that was hosted by CNN and the Congressional Black Caucus Institute.

Edwards: I think I can go everywhere and compete head to head with John McCain. And actually, the last time I saw one of your polls that had all three of us against John McCain, I was the one that beat John McCain everywhere in America.

Clinton: If John is right and Senator McCain is the Republican nominee, we know that once again we will have a general election about national security. That is what will happen. I believe, of any one of us, I am better positioned and better able to take on John McCain or any Republican when it comes to issues about protecting and defending our country and promoting our interests in the world. And if it is indeed the classic Republican campaign, I've been there, I've done that. They've been after me for 16 years, and much to their dismay, I am still here. And I intend to be still here when that election comes around and we win in November 2008.

Obama: I remember what John F. Kennedy said, that we should never negotiate out of fear, but we should never fear to negotiate. Having that kind of posture is the way I think we effectively debate the Republicans on this issue because if we just play into the same fear mongering that they have been engaged in since 9/11, then we are playing on their battlefield, but more importantly, we are not doing what's right in order to rebuild our alliances, repair our relationships around the world and actually make us more safe in the long term.