Fight to Put Flake on Appropriations 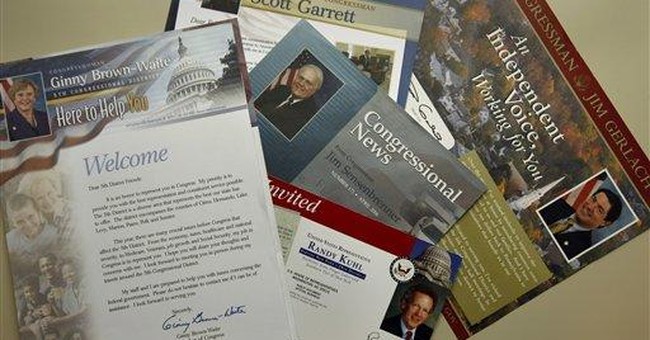 Conservatives are demanding that House Minority Leader John Boehner fill an empty slot on the House Appropriations Committee with a fiscal hawk rather than the National Republican Congressional Committee chairman who could use the position to hand out earmarks for political gain.

When the House returns next week, Republican leadership must fill the vacant seat left on the appropriations committee left by Rep. Roger Wicker (R.-Miss) who was appointed to fill Trent Lott’s (R.-Miss.) Senate seat. According to January 7 Politico story, Boehner is likely to choose RSCC Chairman Rep. Tom Cole (R.-Okla.) to fill the position. “Cole argues the appropriations seat would help him raise money for the cash-strapped NRCC,” reported Patrick O’Conner.

The Club for Growth’s Director of Government Affairs Andy Roth said this strategy would backfire. “If they take a pass at Flake, then the base’s frustration will only continue. That means closed wallets and fewer voters come Election Day,” Roth said.

Flake has been the House’s most vocal critic against earmarks, often challenging pet projects on the floor late into the night to shame the members. Each week his office issues an “Egregrious Earmark of the Week” press release. The most recent, sent out on January 4, highlights a line-item for “dairy farm profitability in Pennsylvania” tucked into the Omnibus appropriations bill that will cost taxpayers $375,000.

On January 8, Flake wrote a letter to Boehner asking to be put on the committee. “Wouldn’t it make sense to have at least one Republican member of the Appropriations Committee who doesn’t earmark?” Flake asked.

Erickson said his blog has taken an editorial position to support Flake and that he would be urging his list of over 100,000 friends and members to take action on the matter. “They should call their Republican congressman, or more appropriately call members of the Republican Steering committee,” he said.

The editors of the Wall Street Journal wrote on January 8 that it was unlikely Flake would be appointed, but that his candidacy represented an important test for House Leadership. “Mr. Flake could be counted on to police the worst excesses and be the taxpayer's advocate on one of Congress's most powerful committees,” the editors wrote. “This is why he's a long shot to get the job. But if he doesn't get it, we'll know House Republicans still haven't changed their ways from the Tom DeLay-Bridge to Nowhere era.

Dani Doane, director of U.S. House relations for the Heritage Foundation, was equally pessimistic. “Every turn they say they need to re-brand to take over and every decision they make seems to lead them right back to where they were,” she said.