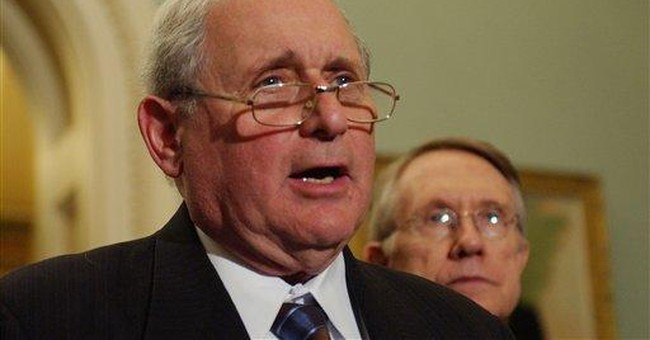 The Chairman of the Senate Armed Services committee will introduce language to the defense authorization bill to set a timetable to withdraw troops from Iraq, he told reporters at the National Press Club Monday evening.

“I believe it is essential that the transition to limited missions be announced now, along with a timetable for its completion,” Sen. Carl Levin (D.-Mich.) said.

At that time, Levin-Reed received 57 votes--just three short of the 60 votes needed to proceed to a final vote. Work on the defense authorization bill was suspended over August recess and began again Monday.

At the Press Club, Levin said even if his amendment is unsuccessful the second time around, he hopes it will increase pressure to find consensus on another withdrawal date.

“If we don’t have 60 votes to break the filibuster, I believe we should work to find 60 votes for a formulation which might change the binding completion date of the required transition to the new mission, which is provided for in Levin-Reed, which still gets off of dead center in Iraq and changes course,” Levin said.

The 60 vote threshold, however, isn’t the only hurdle for anti-war Democrats to overcome. If President Bush decided to veto a bill, it would take 67 senators to overturn it.

When he testified to the Senate Armed Services committee last week, Army General David H. Petraeus warned senators about withdrawing forces from Iraq any more rapidly than he had recommended to Bush.

Petraeus’ testimony to Congress stated: “Rapid withdrawal would result in the further release of the strong centrifugal forces in Iraq and produce a number of dangerous results, including a high risk of disintegration of the Iraqi Security Forces; rapid deterioration of local security initiatives; Al Qaeda-Iraq regaining lost ground and freedom of maneuver, a marked increase in violence and further ethno-sectarian displacement and refugee flows; alliances of convenience by Iraqi groups with internal and external forces to gain advantages over their rivals; an exacerbation of already challenging regional dynamics, especially with respect to Iran.”

Levin argued removing U.S. forces from Iraq would be critical in motivating the Iraqi government to achieve political reconciliation and “that would be the best way in which Iran would stop being what it is now.”