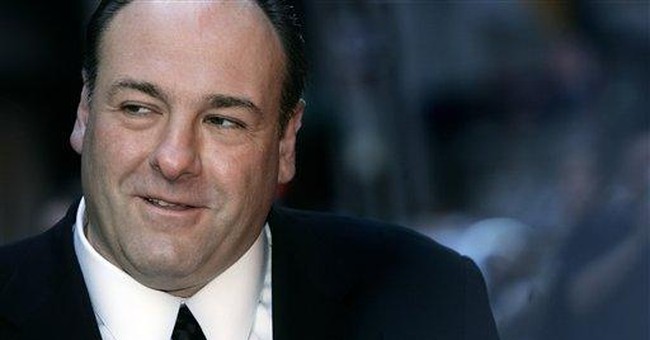 Emmy Award winner James Gandolfini produced a tribute to modern-day war heroes which airs this evening on HBO and is available online.

The documentary, “Alive Day Memories: Home from Iraq,” highlights 10 Soldiers and Marines who suffered severe injuries and includes face-to-face interviews interspersed with war footage and images from their rehabilitation. “Alive Day” refers to the day they almost died in Iraq.

The featured heroes are proud to have served their country. “How many people can look at you and say, ‘I had a stare down with death? And, I won,” said Marine Corporal Jacob Schick.

Near Baghdad, Schick drove over a pressurized bomb and lost his right leg below the knee and a third of his left hand and arm. After he was hit, Schick immediately knew his injury was bad. “But I thought, I’m not going to extend them the courtesy of watching me die,” he said. “No way. Not here in this land.”

To treat his injury, Schick has had 46 surgeries. At one point, his left arm was placed into his stomach for 4 weeks to grow a graft.

Gandolfini, known for his leading role as “Tony Soprano” on the HBO series “Sopranos,” is not the star of this film. He merely asks questions that prompt Iraq survivors like Army Specialist Crystal Davis, who was hit with an improvised explosive device, to share their stories.

While talking with Gandolfini, Davis pointed to her right leg, amputated at the knee, and told him: “This is the good one.” Gesturing to her left leg, she said, “This is the one I have all the problems with.” She found it underneath the seat of the vehicle she was in when a bomb struck.

She said one day she’d like to return to Iraq to fight again.

Marine Corps Sergeant Eddie Ryan sat with his mother for his interview because he struggles to speak. While serving, he received two gunshots to his head that caused severe brain damage.

Ryan’s mother said Ryan wants people to see his scars because he is proud of them.

Although he has limited speech, he sang the “Marine’s Hymn” well in his interview, snapping his fingers to the beat of the honored song.

The film, which is 57 minutes long, is available to watch online free of charge for a limited time. Additional biographical information and vivid recovery photos are also available at the official documentary site.