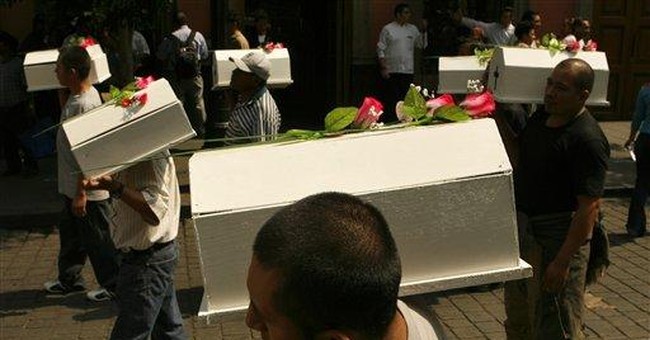 Immediately after the Senate passed the bill, President Bush issued a Statement of Administrative Policy that reminded lawmakers of his May 3 blanket warning that he would veto any bill that weakens current federal policy or laws on abortion.

The “Mexico City Policy” forbids nongovernmental organizations from performing or promoting abortion for family planning purposes as a condition to receive U.S. federal money. The policy was originally enacted by President Ronald Reagan during the 1984 United Nations International Conference in Mexico City. It permits non-governmental organizations to provide abortion in cases of rape, incest or to preserve the life of the mother, but does not approve of abortion as method of contraception. President Bill Clinton suspended the policy during his term and President Bush reinstated it in 2001.

“There is no doubt the bill will be vetoed if Boxer’s language is not dropped,” said Douglas Johnson, legislative director of National Right to Life. “More than a third of the Senate has already promised to sustain a veto on any pro-life issue,” Johnson said in a phone interview.

On February 1, thirty-six Republican senators signed a letter to President Bush that asked him to “veto any legislation that weakens [his] pro-life policy.” Those signers likely represent the bloc who would sustain a presidential veto on a foreign spending bill that includes language to revoke the Mexico City policy.

Firearms Reporter Brings Clarity to the 'Why Can We Shoot People in the Legs' Debate
Matt Vespa
'What's the Incentive?': NBC Host Asks CDC Director When Vaccinated Americans Can Take Off Their Masks
Spencer Brown