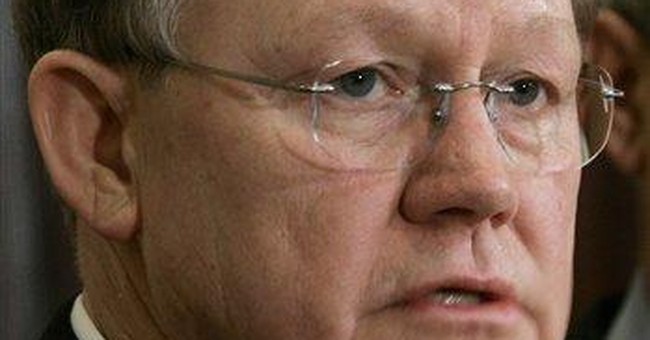 The liberal Center for American Progress organized a panel discussion to criticize a newly-passed bill that expands the Bush administration’s wiretapping program under the Foreign Intelligence Surveillance Act on Wednesday.

“I don’t think the case has been made that this broad authority is necessary or even potentially useful to our national security,” said Kate Martin, director of the Center National Security Studies.

CAP, largely staffed by former Clinton administration aides, hosted the event to draw the battle lines over the upcoming fight to reauthorize a FISA modernization bill. Originally passed in 1978, FISA regulates how the government may collect intelligence directed at foreign powers or agents of foreign powers inside the United States.

Before breaking for August recess, the Democratic Congress narrowly passed the Protect America Act, which temporarily allows the Bush administration to monitor foreign communications carried on U.S. equipment through December 31, 2007. The Bush administration had requested a permanent change in FISA law.and is now pushing for renewal before the end of the year.

The CAP panel-- which included Martin; Mary DeRosa, chief counsel for National Security at the Senate Judiciary Committee; former Rep. Mickey Edwards (R.-Okla.) and Morton H. Halperin, senior fellow for the Center for American Progress--believes the Bush administration has gone too far in their surveillance measures.

“You have the DNI coming to the Congress and saying ‘unless we have the authority to do completely broad, unfocused surveillance of billions of communication in and out of the United States and around, we are going to be helpless and subject to attack,’” Martin said. “If that’s the level at which they are operating at trying to find suspected terrorists and people who are trying to get into this country to plant the next bomb, I think we are in trouble.”

Because of recent changes in technology, it is crucial that the law be updated, McConnell pleaded at a May hearing before the Senate Intelligence Committee.

“When the law was passed in 1978, almost all local calls were on a wire…[Today] most long-haul communications—think overseas—are on a wire—think fiber optic pipe. And local calls are in the air. Think of using your cell phone for mobile communications….In short, communications currently fall under FISA that were originally excluded from the act. And that is foreign-to-foreign communications by parties located overseas,” McConnell said.

Martin said at the panel, “If we are talking foreign-to-foreign communications overseas, not involving U.S. persons, then, I can’t think of a reason why it wouldn’t be a good idea.”

DeRosa, who was a member of the National Security Council staff under President Clinton before becoming chief counsel for national security on Capitol Hill, clarified the problem. She said current law requires that “procedures are reasonably designed to determine the interceptions are concerning persons overseas, not directed at persons overseas, but concerning people overseas.”

The new distinction that foreign communications need only “concern” foreign persons is what troubles DeRosa. “It’s really very unclear what that is intended to address and what its consequences are,” DeRosa said.

He said: “The ability in a variety of ways through digital networks, whether it by Skype, voice over IP, otherwise, the ability of persons to utilize communication capabilities across international lines has grown immensely over the years, and the statutory framework has not kept up with it….with internationalization, we have to be astute and flexible in understanding that those who wish to do us harm from overseas can quickly cross borders with the click of a mouse or come into the country.”

Regardless of Democratic disagreement with the Bush administration on this issue, DeRosa said it would be in the Democratic leadership’s interest to vote on FISA reauthorization quickly, before the sunset date approaches and presidential primaries begin.

The Washington Post reported on August 30 that Majority Leader Sen. Harry Reid (D.-Nev.) and Speaker Nancy Pelosi (D.-Calif.) said a private conference call made during August recess that they would “confront the president next month over his wiretapping program” as well as “also push legislation to restore habeas corpus rights for terrorism suspects and may resume an effort to close the prison at Guantanamo Bay, Cuba.”

Fauci Finally Admits What We All Knew About the COVID Vaccine, Masks, and Infections
Townhall
'Visit the border and I'll consider it': Kamala Harris demanding Tweeps 'get vaccinated or wear a mask' does NOT go over well, like at all
Twitchy
There's a Reason the Biden Administration and Teachers Unions Suddenly Want to Open Schools
Redstate
Insanity Wrap #209: White People Even Walk Racist
PJ Media