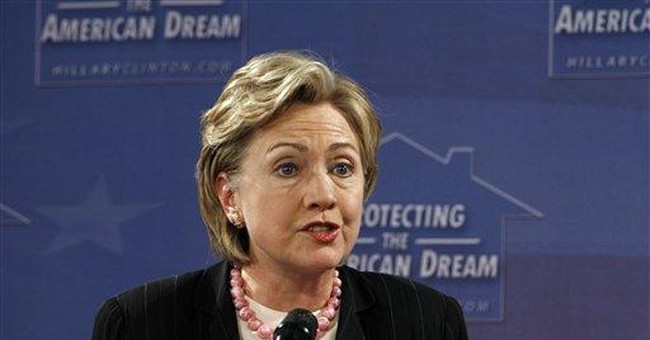 Democrats running for their party’s nomination for President will openly discuss gay, lesbian and transgender issues in a forum sponsored by a gay rights group Thursday evening, which could hurt them in the polls of early swing states.

Candidates will be questioned on their support for gay rights in an event sponsored by the Human Rights Campaign and Viacom Inc.’s gay broadcast channel, Logo, in Los Angeles. It will be aired on the cable Logo station and live-streamed on www.logoonline.com at 9 p.m. eastern.

At the forum, each candidate will answer questions for 18 minutes related, but not limited, to gay marriage, federal hate crimes legislation, increased funding for HIV/AIDS treatment and the military’s “don’t ask, don’t tell” policy.

A poll released August 8 by the Quinnipiac University Polling Institute showed that an endorsement from a gay rights group could turn off twice as many voters as it attracts.

In a Wednesday press conference at the National Press Club, Quinnipiac University Polling Institute assistant research director Peter Brown explained, “In Ohio, for instance, ten percent of the voters say they would be more likely to vote for a candidate endorsed by a gay rights group, but 34 percent would be less likely.”

Brown also said their poll, which tested voters in the swing states in Florida, Ohio and Pennsylvania, found that endorsements from pro-abortion groups and business interests would have a negative effect on voters in those states.

The HRC/Logo event rounds out a flurry of recent events sponsored by special interest groups in to feel out the candidate’s positions on a variety of liberal issues. In the past week alone, the candidates campaigned at a left-wing blogger convention sponsored by DailyKos and at a televised debate put on by the AFL-CIO. Other recent Democratic presidential events have been organized by the open borders immigration group National Council of La Raza and Planned Parenthood.

Those campaigning for the Democratic nomination have been willing to schedule time for liberal special interests, but have spiked events that could appeal to moderate audiences.

Democratic candidates nixed a debate co-sponsored by Fox News Channel and the Congressional Black Caucus earlier this year. They also spurred an event hosted by the centrist Democratic Leadership Council that was founded by the former president Bill Clinton.