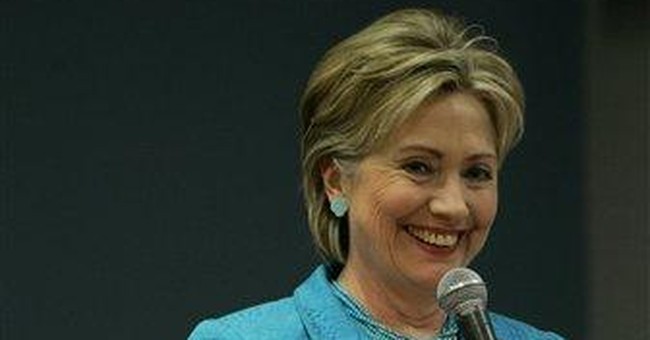 The conference, heavily backed by special interests, was attended by 1,500 well-dressed, laptop-carrying liberals who believe abortion is a human right, want to expand union membership and are demanding universal healthcare on the government tab. All of them were committed to harnessing the power of the internet to lay the foundation for a major takeover for extreme liberal politics--reinforcing the conference’s billing as “YearlyKos: Building a Netroots Nation.”

One of the most popular speeches given at YearlyKos was a Thursday evening keynote address delivered by Democratic National Committee chairman Howard Dean. As architect of the 50-state strategy to systematically party-build at local, state and national levels, he cheered the political internet organization that has benefited the Democrats.

“I want to say a few things about the ’net,” Dean said. “Even after the campaign four years ago, I didn’t realize what a powerful tool this is. This is the most extraordinary invention for empowering ordinary people since the invention of the printing press in the 1400s . It has re-democratized America. There is an enormous shift in power.”

After Dean’s keynote speech, a bevy of workshops and panels were held over the next few days to help bloggers understand polling research, get financial backing and become more effective in local politics. There was even a meeting that contemplated creating a blogger union to help bloggers get jobs, conduct collective bargaining and buy group health insurance.

One of the chief benefits of the conference was the opportunity it provided bloggers to seek advice from each other. At the “Blogging While Female” workshop, featuring the controversial Pandagon blogger Amanda Marcotte, formerly of the John Edwards campaign, and Feministing’s foul-mouthed Jessica Valenti, one participant in the “abortion business” cautioned others to buy up several domain names for their sites. She said that a right-winger had bought up variations of her site and filled them with pro-life propaganda.

“We helped recruit them into the race, helped then win tough primaries and push them over the finish line,” Moulitsas said. “It was fitting that their victories, as razor thin as they were, gave Democrats control of the Senate.”

He continued: “We are no longer a curiosity; we’ve been effective. Now, we’re a full fledged member of the progressive coalition. We have gathered here in my hometown of Chicago to celebrate not with just ourselves, but our allies in the labor movement, our friends in the issue groups and our party leadership.”

Although the 2007 YearlyKos is only the second annual conference of the far-left blogger organization, their ability to command top-level politicans and acquire generous sponsorship rivals the best of long-standing national conservative and GOP conferences.

Aside from drawing these political heavy-hitters, YearlyKos was also sponsored by powerful special interests like the National Education Association, the Service Employees International Union, the International Union of Teamsters and MoveOn.Org, as well as partisan fundraising groups like DSCC and DCCC.

Check out today’s episode of “The Five,” where Amanda Carpenter covers what leading Democratic presidential candidate Hillary Clinton said at the YearlyKos conference and stay tuned for more first-hand reporting on the conference this week.