Senate Iraq Debate Goes to Iowa and Back 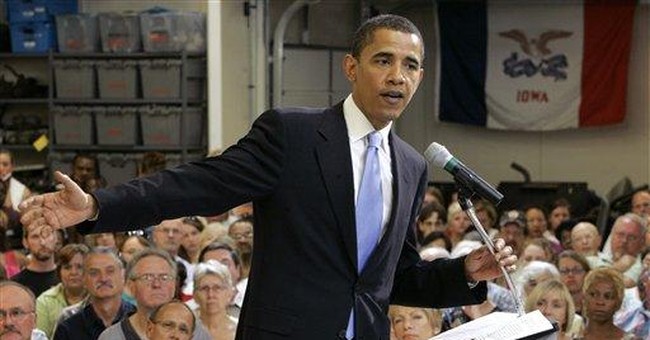 Presidential hopefuls Hillary Clinton and Barack Obama were absent from Washington when the Senate began working on the defense authorization bill. They were delivering anti-war speeches in Des Moines, Iowa instead.

“It is time to begin ending this war—not next year, not next month—but today,” Sen. Clinton told a group of more than 300 people Tuesday. She said if President Bush does not withdraw troops from Iraq by January 2009, doing so “would be [her] first and most important mission as President.”

Clinton has been pushing an amendment to the 2008 defense authorization bill, which dictates which defense operations the government will fund, to revoke the Senate’s 2002 authorization for the war.

In stump speeches earlier this year, Clinton said that “there are no do-overs in life” instead of apologizing for her 2002 vote as her anti-war base has asked her to do. Her amendment, however, has been interpreted as a political “do-over” by her opponents.

“When I opposed this war before it began in 2002, I was about to run for the United States Senate, and I knew it wasn't the politically popular position," Obama said. “But I believed then and still do that being a leader means that you'd better do what's right and leave the politics aside, because there are no do-overs on an issue as important as war.”

"There are no do-overs for the families who have borne the burden," he said. Meanwhile, back on Capitol Hill, two other senators conducted their own mini presidential debate over withdrawal.

“Many of my colleagues would like to believe that should any of the various amendments forcing withdrawal become law, it should mark the end of this long effort. They are wrong. Should Congress force a precipitous withdrawal from Iraq, it would mark a new beginning, the start of a new, more dangerous, more arduous effort to contain the forces unleashed by our disengagement,” said McCain.

He continued, “Already the terrorists are emboldened, excited that America is not talking about winning in Iraq, but is rather debating when we should lose.”

McCain alternatively suggested that “withdrawal must grow out of a political solution, a solution made possibly by the imposition of security by coalition and Iraqi forces.”

Democrat Joe Biden, chairman of the Senate’s Foreign Relations Committee and a candidate for President, praised McCain (“God, love him”) but disagreed that a political solution could be achieved.

“The political solution is somehow the Iraqis will have an epiphany --I know Muslims don't have epiphanies, that's a Christian thing-- will have an epiphany and all of sudden they are going to get together, realizing what's stake and form this unity government that can deliver,” Biden continued.

He suggested that if President Bush doesn’t withdraw troops from Iraq, he would hamstring his successor: “If we don’t start bringing home combat forces within the next few months and get them out of the midst of a civil war, we will have so soured the American people on the ability to do even the things that need to be done that this President and the next President will be left with absolutely no option but to withdraw totally from that area and let the chips fall where they may.”

Clinton and Obama left Iowa Tuesday afternoon to return to Washington, where work on the defense bill is expected to consume the next two weeks. The Senate will debate a few other amendments designed to slow the rotation of troops to Iraq and mandate a date for withdrawal, along with Clinton’s amendment.