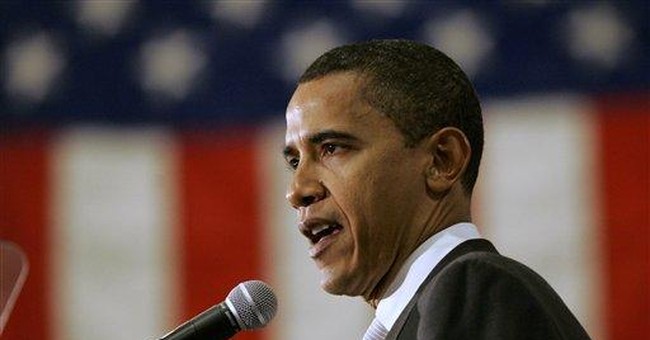 Sen. Barack Obama (D.-Ill.) is sponsoring an amendment to the Senate’s immigration bill to strip language that would require employers to verify the social security numbers of their workers unless there is “suspicion of unlawful employment.”

The Senate’s bill, as it is currently written, would require employers to verify the legal status of their employees within three years.

Obama’s congressional website said this amendment would “make it simple, but mandatory, for employers to verify that their employees are legally eligible to work in the United States.” His presidential campaign website says the “new employment eligibility verification system” would make getting work verification “fair to legal workers and tougher on employees.”

In a June 19 letter to the amendment’s sponsors, Secretary of Homeland Security Michael Chertoff said passage of the amendment would “be a serious step backwards in our enforcement effort.” The letter was also addressed to Sen. Arlen Specter (R.-Pa.) and Sen. Ted Kennedy (D.-Mass.), chief negotiators of the bill.

"In the end, the Grassley-Baucus-Obama amendment unfortunately fuels public skepticism about whether enforcement will work or political forces will frustrate serious efforts to bring employers into compliance with the law," Chertoff's letter said.

In a reply letter to Chertoff, the three sponsors of the amendment said the secretary’s criticism was “erroneous and misleading.” They also said their provision to limit the amount of time government agencies could share tax information was “standard practice when allowing access to private taxpayer data for the first time for a new purpose.”

The Grassley-Baucus-Obama is one of 24 amendments that will be considered for the Senate’s immigration bill if it receives 60 votes on Tuesday to restart work on the legislation.

Democrat leaders have indicated a final vote on the bill is possible as early as Friday, but work on the bill is expected to be delayed until after the Fourth of July recess.

The Senate will continue to work on energy legislation this week and is scheduled to vote on the union-friendly Employee Free Choice Act.