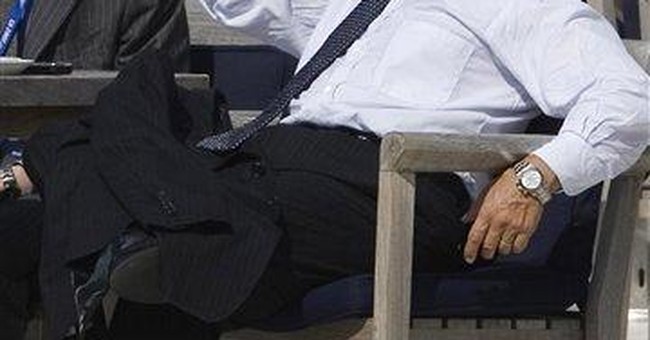 Once she wrested control of the Senate’s Environmental and Public Works Committee from conservative stalwart Sen. Jim Inhofe (R.-Okla.), Sen. Barbara Boxer (D.-Calif.) was expected to aggressively pursue legislation to combat global warming. What wasn’t expected was that she would do it with blessings from the Church.

Last Thursday, Boxer held a hearing that highlighted the growing role of religion in liberal political campaigns--particularly in the name of “environmental justice.” There, a coalition of 35 religious denominations called for an 80 percent reduction in global warming emissions by the year 2050, and bill S.309, sponsored by Boxer and avowed socialist Sen. Bernie Sanders (I.-Vt.), calls for the same.

“Evangelical Christians, Catholics, African Methodist Episcopals, Jews, mainline Protestant Christians, and many other people of faith see the need for action on global warming as a moral, ethical and scriptural mandate,” Boxer said.

She explained, “People of faith contacted us recognizing that science says global warming’s effects will fall most heavily on poor people. All we have to do is look at what happened during [Hurricane] Katrina, even in one of the world’s wealthiest countries.”

On behalf of the National Council of Churches, which claims to represent 45 million Americans, Episcopal Bishop Katharine Jefferts Schori said, “Faith communities, in the area of global warming, are increasingly of one mind that action is needed.” She pled with her “colleagues in the faith community [who] doubt the urgency of addressing global warming,” saying: “I urge you to reconsider for the sake of God’s good earth.”

Among the religious communities supporting the emissions cuts were: the African Methodist Episcopal Church, the Protestant Episcopal Church in the United States of America, the Evangelical Lutheran Church in America, the National Council of Churches USA, PAX Christi USA, the Union for Reform Judaism and Unitarian Universalist Association of Congregations.

Sen. Inhofe, the ranking member of the committee, said using religious leaders to advocate for government intervention against global warming was a new technique Democrats were using to “divide and conquer the evangelical community and get people away from core values issues.”

Dean also praised Dr. Rick Warren, the author of “The Purpose Driven Life,” and televangelist Joel Osteen, who welcomed House Speaker Nancy Pelosi (D.-Calif.) to his Houston Lakewood Church. Dean added, “Those people don't beat up on other people to make their point and raise a lot of money.”

Like Sen. Inhofe, Competitive Enterprise Institute senior fellow and author of the “Politically Incorrect Guide to Global Warming” Chris Horner was skeptical of the religious calls to protect the earth from climate change.

Horner wrote in an email, “As you might expect, even though some individuals of faith sincerely buy the slogan offered by those usual-suspect groups underwriting their participation in the debate, upon scrutiny conflating this agenda with faith is quite clearly a distortion at best and perversion at worse. In fact, it is unavoidable that for most serious adherents of this agenda, ‘environmentalism’ as practiced in this post-modern form is the religion in itself.”

In the hearing, a number of faith-oriented campaigns were mentioned like the “What Would Jesus Drive?” project sponsored by the Evangelical Environmental and Jewish community’s “How Many Jews Does It Take to Change a Light Bulb” drive to replace incandescent light bulbs with fluorescent ones during Hanukkah.

There was even discussion of a religious program that sells carbon offsets. The Evangelical Climate Initiative, a nonprofit 501(c)(3), offers tax-deductible carbon offsets for $99 per year through a program called “Cooling Creation.” Their website states that 93 percent of the carbon offset “donations” submitted “goes directly to offsets, climate change education and outreach.”

Historian David Barton, summoned to the panel by Sen. Inhofe and named one of the “Twenty-five Most Influential Evangelicals in America” by Time Magazine, commented on these various campaigns: “The next time we see Jesus, He will be driving neither a Hummer nor a Hybrid.”

Barton suggested that Boxer was exaggerating the religious community’s support for liberal environmentalism. “The Scriptures teach conservation, not preservation,” he said. “Man was the steward of nature and environment, and while man definitely is to tend and guard it, it is to serve him, not vice versa. From the beginning, God warned about elevating nature and the environment over man and his Creator.”