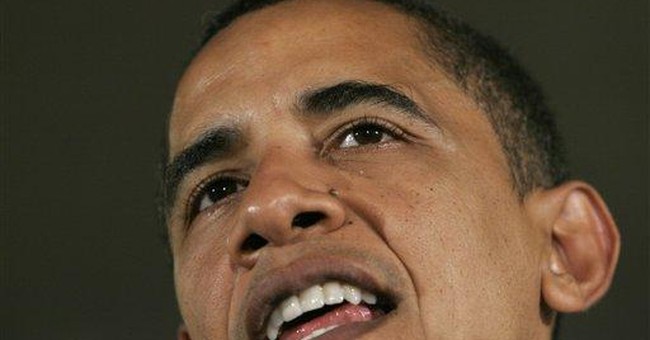 On the heels of Hillary Clinton’s speech on universal health care last week, Barack Obama promised he would provide health insurance to every American by the end of his first term as President today. Like Hillary, Obama supports seizing the Bush tax cuts to pay for his plan and forcing insurance providers to enroll high-risk clients.

"In the richest nation on Earth, it is simply not right that the skyrocketing profits of the drug and insurance industries are paid for by the skyrocketing premiums that come from the pockets of the American people," he said on the stump at the University of Iowa’s medical school in Iowa City.

Obama’s goal is to provide health care coverage for each of the 45 million Americans not enrolled in a plan today. He said that for those already covered, “the only thing that will change for you under this plan is that the amount of money you will spend on premiums will be less.” He projected his plan would save each American $2500 in health expenses annually.

To pay for those folded into his system Obama said he would roll back the Bush tax cuts. “We will ask all but the smallest businesses who don’t make a meaningful contribution today to the health coverage of their employees to do so by supporting this plan,” he said. “And we will allow the temporary Bush tax cuts for the wealthiest Americans to expire.”

Each of the three leading Democrats running for their party’s nomination for President, Hillary Clinton, Obama and John Edwards, support repealing tax cuts for the wealthy to pay for universal healthcare.

After botching her husband’s single-payer health care plan in 1994, Mrs. Clinton tells voters now that she can be trusted to head up such a program again because, in her own words, “I have the scars to show from it.”

Similarly, in a May 24 speech Clinton said she would “end the practice of insurance company cherry-picking once and for all by allowing anyone who wants to join a plan to do so and prohibiting insurance companies from carving out benefits or charging higher rates to people with health problems.”

Chief Economist for the free-market group FreedomWorks, Dr. Wayne T. Brough, warned that “anyone tinkering with this system should exercise great caution. Many of these reforms were debated, and ultimately rejected, when President Clinton pushed to expand the federal government’s control over health care.”

Brough explained, “While concerns about pre-existing conditions lie close to the core of the health care reform debate, simply requiring private insurers to extend such coverage may, in fact, raise the cost of insurance for everyone, making affordable coverage even less accessible. It would be better to allow states to examine alternative approaches, rather than create a new federal mandate.”

Obama would also increase federal spending on healthcare by investing in electronic record keeping, at a cost of $10 billion, and creating a “reinsurance” pool for catastrophic illnesses.

A fact sheet distributed earlier this year by Obama for America, his presidential campaign, read: “Barack Obama will prevent companies from abusing their monopoly power through unjustified price increases. His plan will force insurers to pay out a reasonable share of their premiums for patient care instead of keeping exorbitant amounts for profits and administration.”

The memo also said Obama would take smaller steps to improve the health of Americans by getting “junk food out of vending machines in schools” and requiring federal programs like Medicaid to cover smoking cessation programs.

Since 2005, Obama has been pitching a healthcare bailout for automakers called “Healthcare for Hybrids.” His legislative deal would give federal money to car manufacturers to pay for up to 10 percent of their workers’ healthcare if automakers put half of the healthcare savings towards increasing production of hybrid cars. As he explained in a September 2005 speech, “By picking up part of the tab for the health care costs of their retirees, we'd be lifting a huge burden off the auto industry so that they'll invest in the technology that will finally reduce America's dependence on foreign oil.”

His bill to enact the plan has only attracted one cosponsor in the Senate: Hillary Clinton.

Obama’s support for universal healthcare dates back to his work in the Illinois state senate. When the Illinois statehouse considered a bill to implement universal health care by seizing profits from tobacco companies, Obama introduced an amendment to the bill that took language from a pastoral letter by the late Roman Catholic Cardinal Joseph Bernardin. His amendment contained Bernardin’s line: “Health care is an essential safeguard of human life and dignity, and there is an obligation for society to ensure that every person is able to realize that right.”

The bill did not pass.