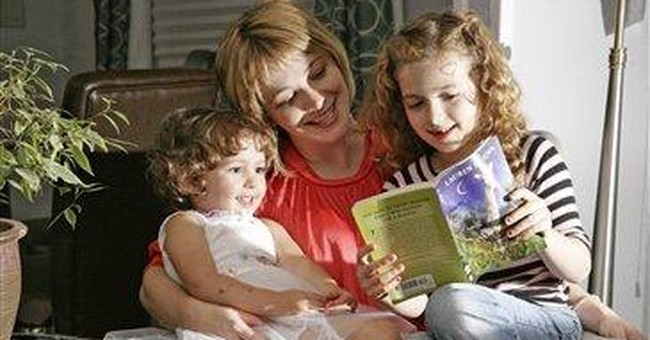 Happy Equal Pay Day! You’ll have to forgive your friends for not sending a card—Hallmark has yet to recognize fabricated feminist holidays based on misleading data.

Overshadowed by legitimate spring holidays such as Easter and Memorial Day, Equal Pay Day celebrates, or rather mourns, the day in which women have worked off the “wage gap” from the previous year. The wage gap refers to the much-hyped statistic that women only earn 78 cents for every dollar a man earns. Discrimination is the implied culprit. Unfortunately for Equal Pay Day enthusiasts, the wage gap tells us nothing about the existence or nonexistence of workplace discrimination.

The wage gap—a real statistic measured by the Department of Labor—simply compares the median wage of the full-time working woman versus the median wage of the full-time working man. It is a single-variable statistic that fails to account for a variety of factors that affect compensation levels, including number of hours worked, education level, years of relevant experience, and type of occupation (just to name a few). Once these other factors are taken into account, the wage gap shrinks away. Even liberal groups such as the American Association of University Women (AAUW), who support efforts to counter the wage gap, admit that over three quarters of the wage gap is explained by factors other than discrimination.

Far from a crisis, the difference in median wages can be chalked up to different preferences and lifestyle choices. A mother, for example, who takes time out of the workforce to care for an infant or elderly family member likely decreases her future earning potential and therefore contributes to the wage gap. Ditto the mother who gives up higher wages for a more flexible work arrangement to assist with her childcare needs. So do women who forgo a high-paying career in laboratory science for a more social or family-friendly work environment that pays less, but is more personally rewarding for them. Each of these individual choices, which are perfectly rational for that unique person’s situation, contributes to the aggregate wage gap.

The choices that men make matter too. The truth is that more men, on average, are willing to take on jobs that are dirty, dangerous, and distasteful to most women. Men’s willingness to perform more dangerous jobs is one of the reasons that more than nine out of ten workplace deaths is of a male worker. Why would men take on such risks? To make more money. Men also work more hours per week, on average, than full-time working women do. Again, add all these factors up and you get a wage gap. It’s hardly cause for concern, let alone a holiday.

Unfortunately, that doesn’t stop many politicians and interest groups from exploiting the wage gap to advance their own agenda. Just this spring we’ve seen several pieces of legislation, including the Lilly Ledbetter Fair Pay Act and the Paycheck Fairness Act, justified as needed to help “fix the wage gap” and ensure equal pay for equal work.

Voters should see past this political hyperbole. If the wage gap is based on individual’s lifestyle decisions, it doesn’t need “fixing.” And in fact, many of the ways that lawmakers would try to “fix” the wage gap would create worse problems for the economy writ large, as well as for individual men and women. Some feminists have suggested that we go so far as to give government a greater role in determining compensation levels for individual jobs, so that they can correct for what they see as the flawed marketplace that ends up paying men more. Yet it is easy to imagine the political nightmare such a regime would become, with lobbyists descending on federal decision-makers to convince them of the value provided by their group of employees. There would be shortages in some professions which have been undervalued by bureaucrats and oversupply in others. We would have a less flexible, less dynamic labor market—exactly what workers do not need or want.

Ultimately such fixes are unnecessary. Equal pay for equal work has been the law in America since the Equal Pay Act of 1963. We don’t need new laws to reach that end; we are already there. American workers—women and men alike—are blessed to live in a country where one’s sex is not a barrier to entry for any job or industry. Now that is a cause worth celebrating.