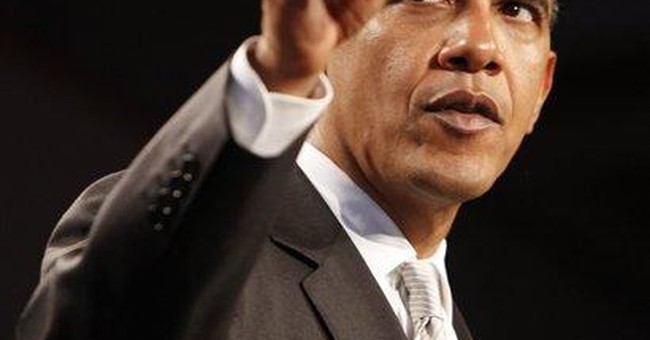 In my prior life, I worked for an international management consulting firm. We helped clients craft their strategies, aided in their marketing plans, and assisted in merger and acquisition activities. Some of my work involved making presentations of research and recommendations to corporate clients in the upper echelons of management. Before sending me out to do battle before executives and leaders, I got careful training from wise leaders in the firm in a simple phrase: “I don't know.” My coaches taught me to use that phrase whenever I did not know the answer. I learned to use that phrase to communicate confidence in what I did know and wisdom to be clear on the things I did not know. Most importantly, those less-traveled words (I don't know) protected the firm's reputation from damage done by careless remarks or half-thought statements.

Powerful words, those: I do not know. Important when presenting data upon which key decisions will be made. Crucial when answering questions when one is not clear on the answer. Vital when one is leading and followers are depending on you. The words communicate limits, honesty, even humility. To say, “ I don't know,” is to communicate that, well, one does not actually know.

Unfortunately, President Obama appears not to have received the same training I did. One would expect a former law school professor to be very familiar with the words, “I don't know.” After all, the law and its adjudication is built on precision, the President of the United States' pronouncements even moreso.

I watched in disbelief as the President of the United States of America, a leadership position if ever there were one, responded stupidly to a reporter's question at the end of his health care “press conference.” Ben Smith has already rightly noted that, when Lynn Sweet asked President Obama about the now-infamous arrest of Harvard Professor Henry Louis Gates, Jr., Mr. Obama “went small.” The President admitted that he knew not all the facts but proceeded to dive headfirst into the matter anyway, offering opinion and commentary, while remarking that the police officers “acted stupidly.”

On the night in which President Obama pitched vague ideas to the country for reforming what now constitutes 16% of the American economy, the question is not so much why Ms. Sweet asked about the arrest of Mr. Gates and what it says about race relations. Admittedly, I would like to know, since Ms. Sweet's question on the Gates affair and Obama's response now overshadows anything else said about the vast issue of health care that night. After all, a conversation about a move to reform 16% of the economy seems like a really big topic in comparison to the arrest of one man in Cambridge, Massachusetts. The President just looks really small by commenting on such matters at a nationally televised press conference.

The better question is why Mr. Obama even bothered to try to answer Ms. Sweet's question. Did he feel obligated because he is a friend of Mr. Gates? Or compelled because the matter potentially involves race, a topic on which Obama is able to comment unlike any President before him?

Just say the magic words: “I don't know.” After all, President Obama had already admitted that he did not know the facts. Why not stop there? Why not say, “I really do not know and therefore have nothing substantive to say.” A much better response than what Obama proffered: "I don't know, not having been there and not seeing all the facts, what role race played in that. But I think it's fair to say, number one, any of us would be pretty angry; number two, that the Cambridge police acted stupidly in arresting somebody when there was already proof that they were in their own home, and, number three, what I think we know separate and apart from this incident is that there's a long history in this country of African Americans and Latinos being stopped by law enforcement disproportionately.”

I learned in business, in my years as a pastor, as an instructor at colleges and universities, and even in my present role on talk radio, that the words “I don't know” are important. They communicate a limit to one's knowledge, a limit that builds trustworthiness with the listener. The simple phrase communicates humility, a virtue that makes leaders more effective not less. The words communicate honesty, an important character trait for any decision-maker and communicator. After all, to be honest on what one does not know makes one far more credible when speaking on issues that matter and issues on which one does actually know something. To fail to say “I don't know” is to squander credibility, authority, and respect.

On every occasion, when I have tried to answer questions where I did not have the facts, or did not know the answer, the result has come back to haunt me. In circumstances where I should have said those powerful, helpful, and humble words (I don't know), but failed to do so, I have weakened my own leadership and effectiveness. Every time. Eventually, the truth finds you out.

The truth has found Mr. Obama in this case. Bill Cosby has expressed his “shock” at Obama's leaping to conclusions on a matter in which he admittedly had no facts. The police union has defended the arresting Cambridge officer and his behavior in a report provided for public viewing on the Internet. A second, later arriving, officer has corroborated the arresting officer's account of the latter moments of the arrest of Mr. Gates. When you speak without knowing the facts, you do damage to the truth, to the parties involved, and ultimately, to yourself. In the case of a President of the United States, failing to say those simple, powerful words (I don't know) does damage not only to a police officer but also to the President's own reputation and stature. After all, do we really want the leader of the free world making ill-informed pronouncements on matters as minute as the arrest and release of one man just seconds after making grand pronouncements about a government plan to reform 16% of the world's largest economy? One cannot help but juxtapose the pronouncements. If one small pronouncement was clearly made carelessly and without strong facts, might the larger pronouncement right before it have also been made with such reckless ignorance?

“I don't know” is such a valuable phrase to know. And when one so obviously fails to use it, the listeners are left to wonder when, if ever, one DOES actually know what he is talking about.