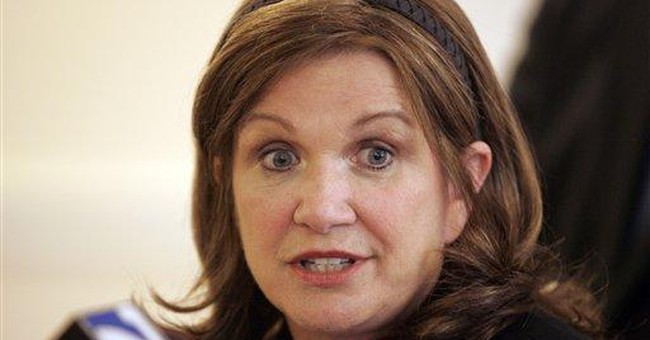 To be honest, I could never do it. If my wife cheated on me, I just cannot see myself mustering the spiritual strength to forgive her and keep the relationship together. I would like to think that I could, but I am realistic. Such a deep betrayal of promises would just be too much for my male ego.

My wife and I have even talked about it. She insists that she would be able to forgive my indiscretion, while I admit my own inability to forgive hers. She reminds me that it would hurt and she would likely charge me a large tax were I ever to stray, but that she would be able to find a way to move forward together. Fortunately, we have never had to find out. Elizabeth Edwards has. And where others would have crumbled, she has proven heroic.

Elizabeth Edwards provides a case study in the reasons why only about one-third of marriages survive an affair and why women are more able to forgive than men. In her new book, Resilience, Elizabeth shares the painful experience of John's adultery and deceit. His self-centered timing of confessing his peccadillo just after having publicly announced his Democratic candidacy for the presidency only serves to heighten the very humanness of the marriage of John and Elizabeth Edwards.

The power of the book rests in Elizabeth's detailed telling of how she has come to forgive John and hold the marriage together in spite of his failings and their having to learn to trust all over again. These details are not ancillary to the story. They ARE the story.

First, one wonders just why Elizabeth feels compelled to share these personal intricacies aloud and in public. Some speculate that she seeks fame and money, although she needs neither. Others suggest that this public revelation is intended as a public flailing of John, a way of exacting revenge upon the one who has hurt her. Still others insist that Elizabeth's is an exercise in catharsis, a purging of the story once and for all, to put an end to the never-ending public inquiry into her life and their family.

Actually, what Elizabeth achieves in the book is a monument to what it takes to become a spiritual giant. She has chosen the high road of forgiveness, a road rarely chosen in this culture, and one often dismissed as weak. Elizabeth's telling of the narrative reveals deep insight into a character that is formed by a faith centered in forgiveness and grace – even when times are difficult. After all, to err is human; to forgive, divine. And in America, the public usually insists on details of the error and then crushing punishment for the offender. Elizabeth Edwards has chosen the road less traveled: the road of forgiveness and restoration.

In her re-telling of the details of John's now-infamous Rielle Hunter affair, his possible fathering of an illegitimate child, and the excruciating personal pain of his less than honest confession to his wife of 31 years, Elizabeth captures the substance of what it takes to forgive. Where I and most Americans would be found lacking, Elizabeth stands as a giant of faith and forgiveness. She is no doormat. She stands tall as a redwood.

Elizabeth's story makes plain these realities of why so few marriages successfully navigate through such a traumatic infidelity.

1. Forgiveness takes time. It does not occur quickly or overnight. Elizabeth is brutally honest that she is still growing in forgiveness toward John after his betrayal. After all, she honestly admits that the one gift she had asked from him at their wedding was his faithfulness. Overcoming the collapse of that promise, which was all-important to her, does not come easily or quickly.

2. Elizabeth clearly details the personal pain and humiliation she has suffered. She has not been contrived. It is heartfelt and painful to read. She threw up when John made his first (less than whole) confession. The pain only began there; the public humiliation is still subsiding. Here was a woman fighting for her own life against cancer and struggling to raise children while John led a very high-profile life. And now she is known as the betrayed spouse left standing with empty promises. Elizabeth does not shy away from admitting the pain of that.

3. Learning to trust an erring spouse after a betrayal is difficult. It often requires coaching from a professional. How does one begin to trust after a betrayal that deep? Again, Elizabeth is honest here: the challenges are great. That is why she answered Oprah's question about whether she still loves John in the way she did: “It is complicated.” She tells the truth when she says she is glad that they have at least moved from “day to day” to “month to month.” One does not merely hit “Reset” and move forward. Trusting again will face some fits and starts.

4. Best of all, Elizabeth's story reveals one reason why women are more able to forgive than men. She thinks of her children and family first. Elizabeth knows full well the challenges children face when a marriage dissolves. Her instinct as a mother is to try to keep the family intact if at all possible, even in the face of the pain of humiliation and public betrayal. The children come first, a maternal instinct, allows the woman to rise above the sting to pride and find a way forward. And Elizabeth Edwards is working to do just that.

Thus I stand and applaud Elizabeth Edwards. She will surely face more ridicule from friend and foe alike for her stance. For her openness. For her story.

Elizabeth has captured the heart of her faith. A faith that forgives. A faith that offers a second chance. A faith that believes in the hard work of redemption. And a faith that puts the needs of children at or above the same level as the needs of adults. Elizabeth Edwards is a spiritual giant, a redwood of the faith. She is no doormat. And her telling of her story proves it. More importantly, her telling of the story offers a very real way forward for others, an offering not insignificant in a culture of blame and punishment.