Indivisible: No Celebration Of Liberty Can Ignore America’s Godly Heritage 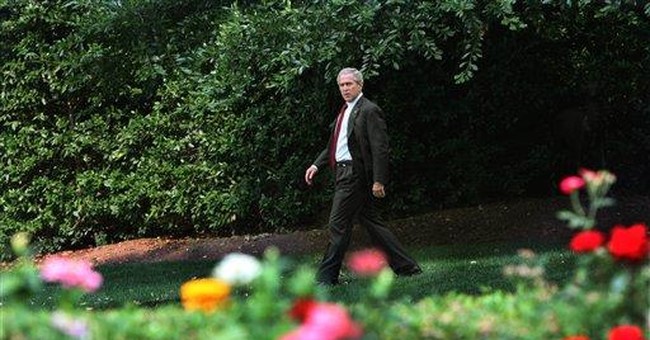 Walter Kehowski feels a lot more like celebrating the Fourth of July, now that Thanksgiving is finally behind him.

As a math professor, Mr. Kehowski has a pretty keen instinct for things that don’t add up – including a tendency among many of his fellow citizens to divide their celebrations of freedom from any appreciation of the One Who gave us that freedom in the first place. His eye for irony has multiplied his enemies … and very nearly subtracted him from his job.

Kehowski teaches at a community college in Glendale, Arizona. Last fall, on the day before Thanksgiving, he decided, in the spirit of the holiday, to e-mail the other teachers in his district a copy of President George Washington’s brief “Thanksgiving Day Proclamation of 1789.”

Kehowski admits he used a district e-mail service designated for messages that “support education, research, scholarly communication, administration, and other (district) business.” He knew of orders not to use it for sending “unwanted solicitations or information.”

But, after receiving e-mails from fellow teachers on everything from the health benefits of bananas to the need for goats in Uganda to quotes for Women’s History Month, Kehowski figured the perimeters of “scholarly communication” were being interpreted pretty broadly, somewhere up the line.

Besides, his e-mail contained no editorial comments, no mini-sermons: just the undiluted text of President Washington’s proclamation to the nation. Almost immediately, though, five of his district colleagues filed harassment charges against Kehowski, citing outrage at his "hostile” and "derogatory” message. Kehowski soon found himself on administrative leave, and on notice that his job would be terminated.

The violent reaction came as a shock. All he’d done, literally, was post a public paper of our first and most respected President. What was so “hostile” and “derogatory” about that?

Maybe Washington’s first sentence, in which the so-called “Father of his Country” suggests that:

“…It is the duty of all nations to acknowledge the providence of Almighty God, to obey His will, to be grateful for His benefits, and humbly to implore His protection and favor…”

“Duty” is not a popular word these days – especially when it comes to God. To “acknowledge” a Higher Power is one thing; to “obey” a Higher Authority is something else, altogether.

Kehowski didn’t preach any of that in his e-mail. He just quoted Washington. Can you imagine the kind of trouble our first President would have gotten into, if he’d stood on Kehowski’s campus to read his proclamation personally? Kehowski’s peers would have had him impeached.

“… the peaceable and rational manner in which we have been enabled to establish constitutions of government for our safety and happiness, and particularly the national one now lately instituted for the civil and religious liberty with which we are blessed …”

That “peaceful and rational manner” – in which some of the finest minds and strongest wills of all time created a Constitution – seems so sadly lacking from our national discourse today. On the floors of Congress … in the broadcast booths of major media … in the administrative offices of our learning institutions … the civil and religious liberties Washington rightly recognized as the hallmarks of our republic are drowning in a seething cauldron of selfish sensibilities.

No one, of course, obligated Kehowski’s fellow teachers to read Washington’s words. They could simply have deleted the e-mail, the way they did the one on bananas.

But it wasn’t enough for these outraged academicians to discard a great American’s celebration of our national heritage – they had to deny that heritage to everyone on the mailing list. They had to persecute the sender so publicly and thoroughly and savagely that no one would ever dare publicly link that heritage to faith again.

That smacks of more than dislike for Kehowski or disdain for a historical document … it sounds like a desire to dismiss God Himself.

Sadly, a lot of Americans loathe not only our religious freedoms and heritage, but the very idea of a nation, in the words of Psalm 33:12, “whose God is the Lord.”

They cannot grasp that the freedom we celebrate this week is indivisible, as Washington said in his proclamation, from “that great and glorious Being who is the beneficent author of all the good that was, that is, or that will be.” Or the sublime reality, as the Apostle Paul wrote in 2 Corinthians 3:17, that “where the Spirit of the Lord is, there is liberty.”

There is liberty for Mr. Kehowski this week. He has been ably defended for several months by the Foundation for Individual Rights in Education (FIRE), and last week, the college district relented. Kehowski will be back in his classroom this fall.

Come Thanksgiving, he’ll be celebrating a nation that not only declares his independence, but protects his religious liberty.

For now, though, it’s the Fourth of July. And like Washington before him, Walter Kehowski is giving thanks.