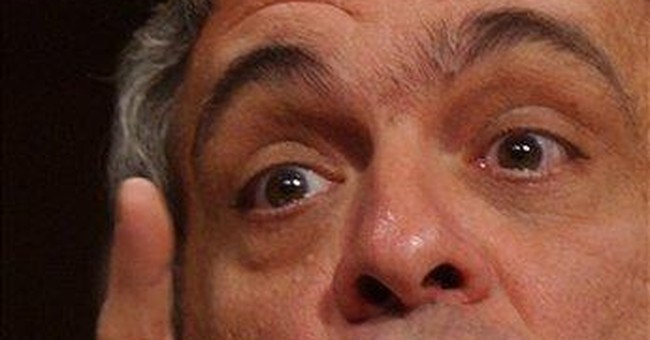 If the former CIA director can't be held accountable for issuing an amateurish CIA report on WMD in Iraq, who can? White House officials may have wanted to invade Iraq anyway, as Tenet says, but the WMD hoax is what allowed them to do it.

Neither gentleman has been at all apologetic about their role in grossly exaggerating the likely risks of biological terrorism. Wolfowitz once claimed that Iraq had enough ricin to kill a million people, enough botulism to kill tens of millions and enough anthrax "to kill hundreds of millions."

Terrorists throughout the world have managed to kill only five people with anthrax, one with ricin and zero with botulism or aflatoxin (added to the list by former Secretary of State Colin Powell). This not because terrorists don't want to kill people, but because killing is much easier to accomplish with bombs, guns and crashing airplanes. Even today, however, bureaucrats and politicians still remain easily persuaded to assign a higher priority (and bigger budgets) to extremely unlikely risks than to mundane but palpable threats to health and safety.

I wrote a series of columns about the formidable obstacles to effectively delivering biological weapons, often quoting Wolfowitz or the CIA as examples of extreme gullibility or deception. I revealed many holes in the WMD fable before the Iraq invasion in, "The Economics of War," "Hazy WMD Definitions" and "The Duct Tape Economy." Those were followed by "Intelligence Without Brains" in June 2003, "The CIA and WMD" in June 2004, "WMD Doomsday Distractions" in April 2005 and "The Cost of War in Retrospect" in March 2006. Those columns can be found by sifting through archives under my bio at cato.org.

The legacy of the 2002 WMD hoax lives on today in "Operation Bioshield" and other federal programs for doling out tax dollars to the multibillion-dollar fear industry.

The fear industry begins by hiring lobbyists and subsidizing academics who, in turn, persuade journalists to write scary stories about hypothetical weapons.

This science fiction game is not played for fun. It is played for money. It involves what Dale Rose of the University of California at San Francisco described as, "A cottage industry of risk analysts, disaster preparedness experts, psychologists, and others (who) have produced an array of theoretical work and conceptual grids around the issue of low probability-high consequence events."

In response to pressure from academic centers whose main mission was to hype bioterrorism (including the infamously erroneous "Dark Winter" scenario of mid-2001), President Bush warned of "the use of the smallpox virus as a weapon of terror" in December 2002. The administration then spent hundreds of millions of dollars on smallpox vaccine for first responders and the military, but both groups (notably, physicians) shunned the risky shots.

That was the most costly fiasco of its type since the swine flu vaccination program of 1976, which killed more people than swine flu did. Continuing the tradition, the U.S. government just contracted with Sanofi Pasteur to produce $100 million worth of avian flu vaccine -- which is of dubious effectiveness against avian flu acquired from birds, much less from any hypothetical pandemic strain that leaps to humans.

Whether or not these programs save even one life per $100 million spent is irrelevant. The point is the millions spent. After most of the federal loot from research grants and vaccine stockpiles has been received, the mission is accomplished and the fear industry moves on to greener pastures. The scare stories about Danger A disappear, to be replaced with new stories about Danger B, then C and so on.

The most reliable cash cow for the fear industry has been the five deaths from inhaling anthrax in October 2001. For those in the business of providing high-cost solutions to miniscule risks, this has been an endless bonanza. A recent news item provides a typical tip for fear investors: "Emergent BioSolutions of Rockville (Md.) said the U.S. government planned to order as many as 22.75 million doses of its anthrax vaccine." The government has spent at least $877 million on anthrax vaccine so far, or $175.4 million per death from anthrax. Sensing that sum may be pressing the limits, the fear industry is busily assembling new threats to scare up some more cash.

The Health and Human Services Department reportedly plans to spend over $100 million more on additional anthrax and smallpox vaccines. And it plans to spend more than $100 million to deal with radiation poisoning -- which was not even on this luxury list until former Russian spy Alexander Litvinenko was assassinated. Compared with anthrax vaccine, $100 million per death sounds cheap, even if he wasn't an American. But they did say "more than" $100 million, didn't they?

The plan also "listed as a near-term priority the development of antibiotics for threats such as the plague or tularemia." Sure, why not? There was one unconfirmed case of plague in Texas in 1956. And in the summer of 2000, an outbreak of tularemia from lawn mowing in Martha's Vineyard resulted in one fatality.

Whenever you hear the word "bioterrorism" in connection with large sums of federal money, just remember "WMD." Bioterrorism is just a different word for the same old WMD story being retold in purely hypothetical terms, without even the pretense that somebody actually has such agents or that anyone really knows how to kill more than five people with them.

If the United States continues to waste too much attention and money on these extreme long shots, that just increases the risk of being hit again by the real weapons that real terrorists actually use.