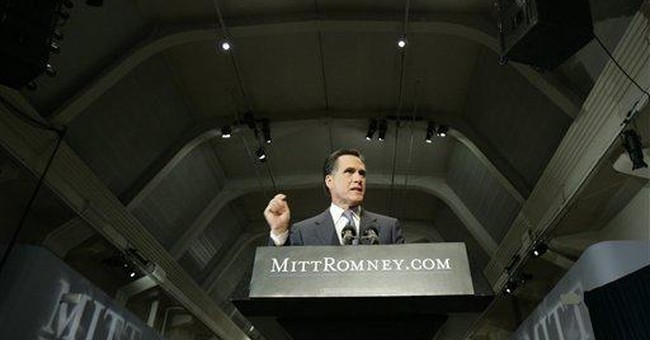 When Jack Kennedy ran for president, there was a great deal of fussing and fuming about his being Catholic. In a June 1960 Roper poll, 35 percent objected to a Catholic president. Why? Did anyone really think he'd try to ban birth control, require eating fish on Fridays or consult with the pope on foreign policy?

Today, nobody would dare suggest that New Mexico Gov. Bill Richardson is not admirably qualified to be president simply because he is a Catholic. It would have been equally repulsive if, in 2000, the pollsters and press had tried to make a pseudo-issue out of vice presidential candidate Joe Lieberman's religious orthodoxy. Few people today would dare tell a pollster they wouldn't vote for a Jewish or Catholic candidate, because that would make them look like fans of the Ku Klux Klan. The same goes for polls about voting for women and blacks. People may or may not do the right thing in the privacy of the voting booth, but it is easy to say the right thing.

There appears to be a different standard of civil decency, however, when it comes to The Church of Jesus Christ of Latter-day Saints (LDS). Why? Is anyone really worried that Gov. Mitt Romney wants to bring back Prohibition? Does anyone think he might propose a 10 percent tithe (a members-only flat tax) to replace the welfare state as well as Mormons do?

Not to be outdone, a recent Rasmussen Report poll said, "43 percent of American voters say they would never even consider voting for a Mormon presidential candidate." Well, 45 percent also said they would never even consider voting for Hillary Clinton, but that hasn't slowed her down. And, as Plotz observed, only 49 percent are willing to vote for an atheist. But 49 percent is enough to win.

LDS television ads show that their pro-family beliefs are essentially indistinguishable from those of evangelical Christian groups, with whom they often form alliances. Yet "half of all evangelical Christians say that they would not consider voting for a Mormon candidate," according to the Rasmussen Report.

On the other hand, 21 percent of all voters (a much larger number than half of evangelicals) would not consider voting for an evangelical Christian candidate, according to a Los Angeles Times/Bloomberg poll last July. Perhaps those who experience such intolerance should try being more tolerant of others.

Unless we are to believe that political intolerance of just one religious group (Mormons) has suddenly jumped from 17 percent to 43 percent in just a few years, there must be something wrong with these polls.

The fact that pollsters' questions single out only a few religions is suspicious. Why do they never ask voters if they'd shun Quakers, such as Presidents Nixon and Hoover; or Jehovah's Witnesses, like Eisenhower? What about Christian Scientists? What about the Trinity United Church of Christ?

Why not just ask more general questions such as, "Are you such a narrow-minded, intolerant religious bigot that for that reason alone you'd gladly reject the best candidate and let the other party win?"

When polling voters about a narrow list of religious affiliations, the questions become more and more about actual rather than hypothetical candidates as elections approach. In the polls of 1960, for example, respondents inclined to vote Republican might have shown far more tolerance toward Catholics in general if the particular Catholic in question did not happen to be a Democrat.

In that same poll, 41 percent of Democrats also said they would be less likely to vote for a Muslim candidate, which (with a 3 percent margin of error) is statistically no different from the percentage disinclined to vote for a Mormon. Has anti-Mormon bigotry suddenly become politically correct among Democrats, or do Democrats being polled know the LDS candidate is a Republican?

In any case, they surely know, as Bruce Wilson put it in the Salt Lake City Tribune, that "the state of Utah, with its overwhelming Mormon majority, is the reddest state of all. Most Americans also recognize that nationally known Mormon politicians are almost universally conservative Republicans, like Sens. Orrin Hatch and Bob Bennett. And, if they have Mormon friends and acquaintances, they have found most of them to be right of center on the political spectrum."

Suppose the Mormon presidential candidate in 2008 was Harry Reid of Nevada, the Senate majority leader, rather than Mitt Romney. Would pollsters still be telling us that 38 percent of Democrats are less likely to vote for a Mormon? And who, except the pollsters and press, could possibly be surprised if the answer changed? This is mostly about politics, not religion.