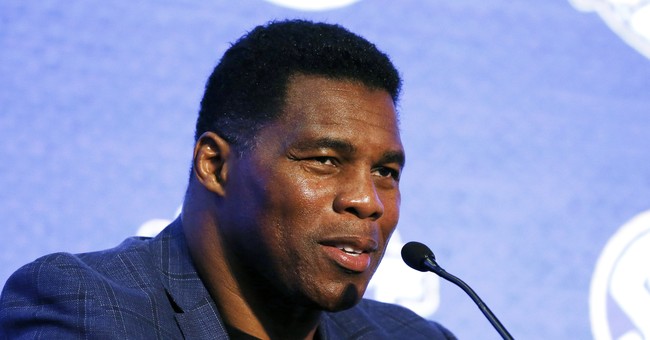 Radical Raphael Warnock has been the deciding vote for Joe Biden’s America-Last agenda in the United States Senate. With Warnock’s help, Biden and Democrats are on track to spend more than $6 trillion of our taxpayer dollars on every socialist wish list item under the sun, causing massive inflation and wrecking our economy in the process. The Democrats want to implement socialism, amnesty for illegal immigrants, and millions more Americans on welfare, and Raphael Warnock is making their dreams a reality.

Radical Raphael attacked Georgians for supporting common-sense legislation that protects the integrity of our electoral process, like requiring an I.D. to vote. And when corporations and the MLB moved the All-Star Game out of Atlanta in spite of the voter protection law - costing Georgian small businesses over $100 million in possible revenue -- Radical Raphael did nothing to stop it.

It’s clear Radical Raphael is the wrong person to represent Georgia. We need a conservative leader in the United States Senate who will stand up for Georgians, protect our Georgia values and put America first.

Thankfully, we’ve got an All-Pro candidate running to take on Radical Raphael and bring back common-sense conservative values to Congress. That’s why I’m proud to join President Donald Trump and endorse my friend Herschel Walker for United States Senate.

Herschel is the conservative fighter Georgians need to take on Joe Biden, Raphael Warnock, the radical Left, Big Tech, woke corporations and their socialist agenda. He’s been a faithful member of Team Trump and understands the values that make our country great: pro-Constitution, pro-freedom, and pro-America. During his time on the gridiron, Herschel learned and lived the values of hard work, grit, and determination in the face of hardship: values politicians could certainly use more of these days.

Herschel will fight to protect our Second Amendment rights. He’ll be a champion for the unborn and the sanctity of life. He’ll work to keep taxes low and support small businesses to grow the economy. And he’ll push back against Marxist ideologies like Critical Race Theory (CRT) from indoctrinating our children in schools.

But most importantly, Herschel will always put America first. That means calling out Biden’s disastrous foreign policy decisions, like the bungled withdrawal from Afghanistan. The situation is getting worse by the day -- it’s Saigon on steroids. Because of Biden’s lack of competent leadership, our allies don’t trust us and our enemies don’t fear us. This is a slap in the face to all of them, Georgia veterans who risked their lives and deployed in the Middle East to keep our country safe. They deserve better. Raphael Warnock hasn’t shown the spine needed to stand up to the President’s disastrous policies on the world stage, and it’s putting the security of our citizens at risk.

Georgia can’t afford six more years of Radical Raphael Warnock and his socialist agenda. Republicans must come together and support Herschel Walker for Senate so we can combat the radical Left, end cancel culture and take our country back.

Herschel Walker supports the America First agenda and has my complete endorsement. I’ll be his full-back and do everything I can to ensure he has the opportunity to fight for our Georgia values in the United States Senate. I urge you to join me in supporting Herschel and ensuring Radical Raphael Warnock is no longer in the Senate.

Our country needs to start winning again, and that starts with Republicans regaining control of the U.S. Senate. We can’t afford to fumble the ball at the goal line. There’s no better candidate to get the win than Herschel Walker.