A leader in national defense and global security, Kay Granger serves and fights for the 12th congressional district of Texas. Elected to her 12th term in 2018 by an overwhelming margin, Kay has earned her reputation in Congress as a hard-working, tough and principled leader on the issues that matter most to the people she serves. Her legislative prowess and ability to get things done, widely respected by both policymakers and influencers in Washington alike, led to her recognition by CQ’s Roll Call as one of the 25 Most Influential Women in Congress.

The first and only Republican woman to represent Texas in the U.S. House of Representatives, Granger was chosen by her colleagues to serve as Ranking Member of the powerful House Appropriations Committee in the 116th Congress. As the top Republican on the Committee, she is responsible for advocating for Republican Members and working with House leadership, the Senate and the White House to ensure the priorities of the American people are funded. 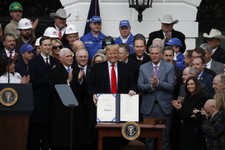