Elected in 1980, U.S. Rep. Chris Smith (R-Hamilton, N.J.) is currently in his 19th two-year term in the U.S. House of Representatives, and serves residents of the Fourth Congressional District of New Jersey. In the 115th Congress, Mr. Smith, 63, serves as a senior member on the Foreign Affairs Committee, and is Chairman of its Africa, Global Health, Global Human Rights and International Organization Subcommittee. He is Co-Chairman and the highest-ranking House member of both the bipartisan House/Senate Commission on Security and Cooperation in Europe (CSCE), and the bipartisan House/Senate/White House Congressional-Executive Commission on China. He also served as “Special Representative” on Human Trafficking for the OSCE Parliamentary Assembly. Previously, he served as Chairman of the Veterans Committee (two terms) and Chairman of the Foreign Affairs’ Subcommittee on Human Rights and International Operations and the Subcommittee on Africa. 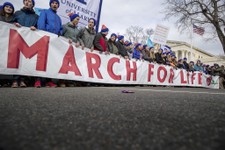 Solidarity With the Weakest and Most Vulnerable
January 18, 2019 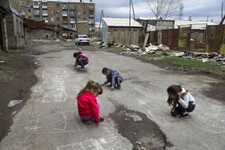 Food Security: The Key to Thwarting Global Hunger
May 05, 2018

Faith Has Made Them Strong, But it Is Time to Do Our Part
September 08, 2017
CARTOONS | Ken Catalino
View Cartoon
Most Popular