Peter Huber is a senior fellow at the Manhattan Institute writing on the issues of drug development, energy, technology, and the law.

His latest book, The Bottomless Well, co-authored with Mark Mills, examines energy technology and policy. Hard Green: Saving the Environment from the Environmentalists (Basic Books, 2000), called “the richest contribution ever made to the greening of the political mind” by William F. Buckley, Jr., sets out a new conservative manifesto on the environment which advocates a return to conservation and environmental policy based on sound science and market economics. In 1997 he authored two books, Law and Disorder in Cyberspace: Abolish the FCC and Let Common Law Rule the Telecosm, which is an examination of telecommunications policy (Oxford University Press) and (with the University of Pennsylvania's Kenneth Foster) Judging Science, Scientific Knowledge and the Federal Courts (MIT Press). Previous books include Orwell's Revenge: The 1984 Palimpsest, (Free Press, 1994), Galileo's Revenge: Junk Science in the Courtroom (Perseus Book Group, 1991); and Liability: The Legal Revolution and its Consequences (Basic Books, 1988).

In addition to these books, Huber is author of The Geodesic Network (U.S. Department of Justice, 1987), the report filed by the Department of Justice on the occasion of the 1987 review of the AT&T divestiture decree. He co-authored The Geodesic Network II: 1993 Report on Competition in the Telephone Industry (Geodesic Publishing, 1992); Federal Telecommunications Law (Little, Brown & Co., 1992) and Federal Telecommunications Law 2nd Edition (Aspen, 1999). He also co-edited Phantom Risk: Scientific Inference and the Law (MIT Press, 1993).

In addition to being a regular columnist in Forbes magazine, Huber has also published articles in scholarly journals such as the Harvard Law Review and the Yale Law Journal, as well as many other publications, including Science, Wall Street Journal, Reason, Regulation, and National Review. He has appeared on numerous television and radio programs, including Face the Nation and The NewsHour with Jim Lehrer.

Before joining the Manhattan Institute, Huber served as an assistant and later associate professor at MIT for six years. He clerked on the D.C. Circuit Court of Appeals for Ruth Bader Ginsburg, and then on the U.S. Supreme Court for Sandra Day O'Connor. Huber also serves as Of Counsel to the Washington, D.C. law firm of Kellogg, Huber, Hansen and Todd.

Huber earned his law degree from Harvard University and a doctorate in Mechanical Engineering from MIT. He lives and works in Bethesda, Maryland. 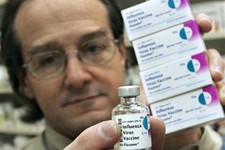