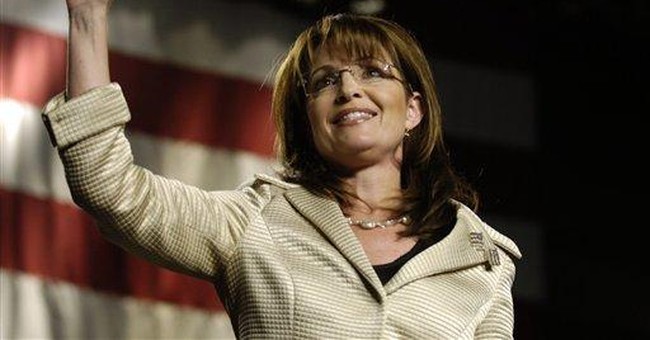 WASHINGTON -- When it comes to irresistible words, "oogedy-boogedy" has few peers.

In the several days since I first used the term in a column describing the Republican Party's "religious" problem, oogedy-boogedy seems to have entered the bloxicon. (New word invented right here, meaning: the blogosphere's lexicon.) Google produces more than 26,000 references.

Despite its sudden popularity, oogedy-boogedy is nonetheless causing some consternation and confusion. What does it mean and whence does it come? In the Dec. 15 issue of National Review, Ramesh Ponnuru writes that he doesn't know what oogedy-boogedy means, "but I gather it's bad."

Not so bad, really, but not so good either. Like most things religious and political, it's a matter of taste and timing. (See Ecclesiastes 3:1).

First, to the origins. "Oogedy-boogedy" was bequeathed to me several years ago by my dear, departed friend, political cartoonist Doug Marlette. We were doubtless talking about our shared Southern heritage, about which one does not speak long without mentioning religion.

Marlette, whose childhood was spent among Pentecostals, Baptists and other passionate believers, had religion in his bones and forgot more scripture than most preachers can recall on a given Sunday. He also won a Pulitzer Prize for his lampooning of Jim and Tammy Faye Bakker (peace be upon them) and their "PTL Club."

If Jim and Tammy Faye put you in mind of oogedy-boogedy, you're getting warm.

Otherwise, the term may best be illuminated by two connoisseurs of the linguistic arts: Fats Waller and U.S. Supreme Court Justice Potter Stewart.

The latter, unable to define pornography, famously said, "I know it when I see it." Waller, responding to a request to explain "swing," said, "If you got to ask, you ain't got it."

The list of commentators who ain't got oogedy-boogedy is long, though Ponnuru is the most recent to out himself. While dismissing assertions -- mine and others' -- that the Republican Party has a religion problem, Ponnuru acknowledges that social conservatives "could present themselves more attractively," and "pick their spokesmen more wisely."

That's a start, but let's take it another step. How about social conservatives make their arguments without bringing God into it? By all means, let faith inform one's values, but let reason inform one's public arguments.

That was and remains my point. It isn't so much God causing the GOP problems; it's his fan club.

The broad perception among centrists, moderates, conservative Democrats, renegade Republicans, etc., is that the GOP is the party of white Christians to the exclusion of others, some of whom might also be social conservatives.

One can believe this or not. But as the gazillions who have written me to say either that "God Is Here To Stay" or that "Conservatives Won't Be Silenced" ought best to know: Just because you don't believe something doesn't make it untrue.

It may be, as Ponnuru insists, that Barack Obama won for other reasons (health care, for instance) than that evangelicals repelled the less overtly religious. But oogedy-boogedyness remains a problem for the GOP, as hundreds of other letter writers confirm.

As long as the religious right is seen as controlling the Republican Party, the GOP will continue to lose some percentage of voters, and that percentage likely will increase over time as younger voters shift away from traditional to more progressive values.

The cause is not helped when someone of the stature of Rick Warren interviews the leading presidential candidates in his church, questioning them about their faith. If that's not a religious test, I don't know what is.

The glue that binds the GOP's religious right -- social issues, especially abortion -- is not insignificant and doesn't deserve to be dismissed. But nor should those issues be tied to scripture. Some religious conservatives understand this, but the memo apparently isn't reaching all the pews.

They might take a cue from Nat Hentoff, a self-described Jewish-atheist, who has written as eloquently as anyone about the "indivisibility of life" and the slippery slope down which abortion leads. He uses logic and reason to argue that being pro-life, rather than resolving the religious question of ensoulment, is really a necessary barrier against selective killing, such as when someone else decides it's your time to die.

Hentoff's arguments, and others on related issues, ultimately may fail. But at least they will fail for reasons other than that oogedy-boogedy got in the way.