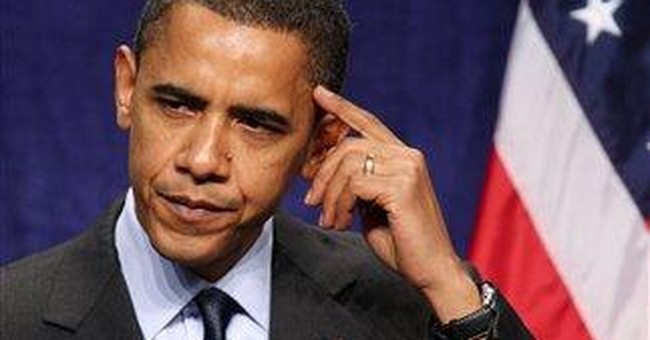 Sen. Barack Obama's recent speech in Berlin may have been a hit with American journalists. That, however, is due to most journalists' politics, not to the profundity of Obama's remarks. They were neither profound nor stirring. Indeed, a careful study of the speech should lead an impartial observer to be concerned about Obama's grasp of the world. I started my analysis last week; I conclude this week.

Let me begin with that which was praiseworthy.

Obama: "This is the moment when we must defeat terror and dry up the well of extremism that supports it. This threat is real and we cannot shrink from our responsibility to combat it. If we could create NATO to face down the Soviet Union, we can join in a new and global partnership to dismantle the networks that have struck in Madrid and Amman; in London and Bali; in Washington and New York."

Obama: "America cannot do this alone. The Afghan people need our troops and your troops; our support and your support to defeat the Taliban and al-Qaida."

This, too, was important. Any American who calls on Europeans to fight is doing something courageous, as indeed Obama learned within a few days, when Europeans roundly criticized him for suggesting they contribute more to the war in Afghanistan. This only proves that with all his "global citizenship" talk, if he is elected, Obama will be no more popular in Europe than any other president who makes demands of Europeans.

But nearly all of the rest of the speech was either meaningless or wrong.

Obama: "The poverty and violence in Somalia breeds the terror of tomorrow."

In the seven years since 9/11, I have not seen a study that relates terrorism to poverty. And, as everyone knows, all of the 9/11 terrorists came from relatively wealthy homes. Obama's assertion is simply a statement of faith. That faith is liberalism -- increasingly a doctrine with more non-empirically based beliefs, i.e., dogmas, than most traditional religion: "Poverty causes crime"; "black incarceration rates are a result of racism"; "war is not the answer"; "capital punishment doesn't deter"; "tax increases on 'the rich' help the economy"; "more money for education" and countless others.

Obama: "In Europe, the view that America is part of what has gone wrong in our world, rather than a force to help make it right, has become all too common."

Obama is right that the view that "America is part of what has gone wrong in our world" is "all too common" in Europe. But one would hope that an American leader, especially one who may be the next president of the United States, would tell a European audience how wrong such a perception is, would tell them that whatever his or their differences with American policies, America has been and continues to be the greatest force for good on earth.

Obama: "The genocide in Darfur shames the conscience of us all."

Obama is certainly right that Darfur "shames the conscience of us all." But he offers not one suggestion concerning what to do about it. Nor one lesson that he draws from it.

Which Europeans? What new burdens? Where are they taking more responsibility?

What new burdens have Spain, France, Norway or Sweden taken on? It seems to many of us that most European countries work hard to ensure that their welfare states prosper and, beyond that, do little to promote liberty on earth or even ensure their won security and values.

Obama: "That is why the greatest danger of all is to allow new walls to divide us from one another."

What new walls is he referring to? The wall America is erecting to keep people from illegally entering? The barrier Israel has erected that has reduced terror there to almost zero? It would seem that those are actually good walls. Or is he referring to the walls many Muslim immigrants to Europe build in order to insulate themselves from Western influences? One doubts it. But there is no way to know, since Mr. Obama again offers a platitude that means little.

And as regards "the greatest danger of all," that remains, as it always was, acts and doctrines of evil, not walls or carbon dioxide emissions.

Obama: "The walls between races and tribes; natives and immigrants; Christian and Muslim and Jew cannot stand. These now are the walls we must tear down."

Those thoughts are lovely. But what matters is who is responsible for erecting these walls. For example, is it Christians or Jews or Muslims who today are erecting walls between "Christian and Muslim and Jew"? Obama seems to imply that all are equally responsible.

This naivete is frightening. A "world without nuclear weapons" is a foolish and dangerous fantasy. The problem with nuclear weapons -- as with all weapons -- is not that they exist; it is that evil men may obtain and use them. Those of us preoccupied with protecting the innocent want good nations to have the most powerful weapons on earth. We do not share Sen. Obama's goal of America and its enemies having the same weapons.

The Loser Establishment Is Rightfully Terrified of Ric Grenell