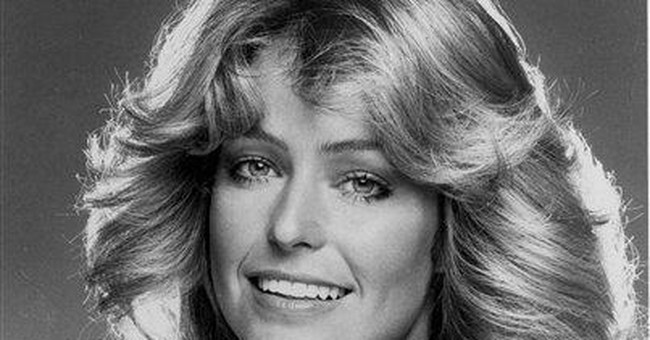 "How fevered is the man who cannot look
Upon his mortal days with temperate blood,
Who vexes all the leaves of his life's book,
And robs his fair name of its maidenhood...";
So wrote English poet John Keats in "On Fame."

It's worth re-reading as we overindulge in the recent deaths of Michael Jackson and Farrah Fawcett. Ed McMahon's death the same week received somewhat less coverage because he was neither beautiful, nor weird, though he qualified as a celebrity. At least McMahon served in two wars as a Marine, which was a real accomplishment.

What is it about celebrity that so fascinates us? And it is celebrity, not fame. As the now defunct New Times magazine editorialized 30 years ago, "There are almost no famous people anymore; only celebrities." That's because, the editorial writer said, fame is too suggestive of steady achievement. Almost anyone can be a celebrity.

Listening to the Michael Jackson tributes would make one think he had created something of lasting value. Some said his music will "live forever." No it won't. No one today hums Stephen Foster songs or ditties from World War I, or the Great Depression, which were better songs and understandable. Can anyone quote the lyrics from Gus Kahn's greatest hits? Somehow "Butterflies all flutter up and kiss each little buttercup at dawnin'") doesn't seem to have the ring it had in 1922.

Tony Bennett is a singer. His songs have a better chance of longevity than Jackson's because they are about love and relationships, which are common to every generation. Bennett and his contemporaries, including Frank Sinatra, Mel Torme and Ella Fitzgerald, are in a league far above the "pop" culture headed at one time by Jackson, whose biggest hit "Thriller" came before the younger generation was born.

Our culture celebrates and promotes beauty, which fades. Farrah Fawcett attempted to remind people she was still around after her initial splash in the '70s by having plastic surgery, among other things, and appearing nude in Playboy. Michael Jackson, who had numerous plastic surgeries and other "treatments" to his skin and body, was rehearsing for a "comeback" when he died of an apparent prescription drug overdose. Jackson, the self-proclaimed "king of pop," got more coverage in newspapers and on the networks, especially cable TV, than Elvis Presley, the "king of rock and roll," received when he died of a drug overdose in 1977.

Diana, Princess of Wales trumped Mother Teresa in TV coverage of their deaths, but who made the greater contribution?

A culture that fixates on the likes of the Osbournes, and those dreadful reality TV celebrities Kate and Jon, is a culture that is cannibalizing itself. Embracing the base while rejecting the noble will produce more of one and less of the other.

"Why then should man, teasing the world for grace,

Spoil his salvation for a fierce miscreed?"

Keats asked a good question. So did the writers Jule Styne, Betty Comden and Adolph Green when they wrote "Make Someone Happy" (reprised by the late Jimmy Durante in the film "Sleepless in Seattle"): "Fame, if you win it, comes and goes in a minute. Where's the real stuff in life to cling to?"

The list of celebrities whose lives turned into a train wreck is long and lengthening. Why would so many want to follow these people and their broken and lousy relationships, drug use, and plastic surgeries, especially when we see where it leads for so many of them?

Last Thursday night, more people watched a Farrah Fawcett special on ABC than a Michael Jackson special on CBS, suggesting that beauty beats weirdness. Far fewer watched ABC's health care special with President Obama. By almost anyone's standards, health care is far more important than dead celebrities. That ratings disparity is a commentary on our shallowness and the refusal of so many to cling to the "real stuff" in life.